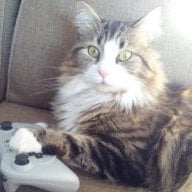 Has anyone seen any of the fancy gun shells / controllers described here for sale (probably in Europe, as postage from America or Asia is expensive) recently?: http://boojakascha.ch/index.php?page=Best2Wii /
I think they might be more comfortable than pointing with a Wiimote held parallel to my arm, in the same way that dropped handlebars on bikes and ergonomic/vertical mice give you a healthier wrist position.

I know many shells exist that hold the Wiimote and have a trigger for the B button, but these wouldn't be good for games that often use more buttons e.g. A and d-pad down (Metroid Prime, Pikmin, Conduit).

Some versions have the d-pad on the back of the gun (Scorpion Vii, BigBen Walther P99, Penguin United Crossfire), 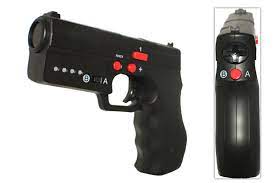 some have the nunchuk integrated so the other hand can work the hard-to-reach buttons (MadCatz Z-Chuk Blaster, Competition Pro Shooter). 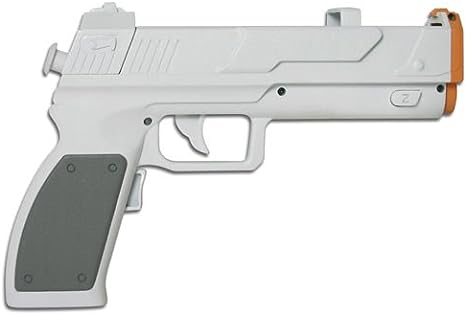 Possibly the Cobalt Flux Lock n Load Rapid Shot, which has the Wiimote mounted at an angle and has a lens to redirect the IR camera's view to point forward again. 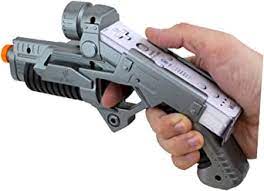 Edit: I have found some Lock n Loads on eBay from the US, but postage and import duties mean they will cost a lot for what you get. A thrift shop in Canada https://portagemcc.com/products/cobalt-flux-dark-ops-lock-n-load-wii-remote-gun-by-dark-ops won't even post to the UK, but might be of interest to people in North America. If you get one, I would be interested to know if it's any good.
Last edited by emcintosh, Nov 10, 2021
Reactions: jeannotte