Hey all, I'm a first time poster but long time lurker--I come on here all the time for tips and troubleshooting, and I'm usually very careful about scouring the forums and trying out a lot of stuff before I give up. So the fact that this is my first post means that I'm stuck in a tough spot and not sure what to do.

Right now on my NTSC-U Wii I'm running 3.2U with a WiiFree mod chip. (Yeah, the chip is outdated, but I've never, ever had any problems running any backup, including games with known 001 errors--I just Trucha Signed those and they were ready to go.) I've got Homebrew Channel installed as well, and any backups that don't work from the regular loader work through the Backup Launcher. I'm also running Starfall to block updates, with the rescue mode enabled.

So after doing all of this, WiiFit worked fine. (I also had Shaun White's Snowboarding Road Trip working with the balance board.) I played it a few times over a couple days without a problem. Then, the next day, I went to play it again, and it simply would not work (much like before I downgraded). Nothing had changed at all with my configuration, which was weird.

When I say WiiFit doesn't work, what happens is that the disc simply spins over and over and over without being recognized. It won't run in the main Wii menu loader, and it won't run through the Backup Loader either (the disc is recognized, but it simply stays on the loader screen without doing anything).

So I thought to myself--perhaps I just need the disc to perform the update. So I disabled the Update Check block with Starfall and allowed WiiFit to run the update--except, every single time I tried, only a few seconds into the update, the blue progress bar froze and I had to reboot the Wii. And believe me, I tried to do this several times, sometimes leaving it running for a couple hours. And I know it's nothing with my wireless connection, because I haven't had problems downloading any other updates.

So at this point, with WiiFit mysteriously not working and the update refusing to download, I followed all of the step by step instructions here in the 3.1-3.4 Twilight/Downgrade/Gamma Tutorial: http://gbatemp.net/index.php?showtopic=118446 (Except for installing the Twilight Hack, since I already have that, and installing Gamma, since I have a backup loader.) I followed every single step, installed everything, and I even installed the Animal Crossing fix .wad...and nothing. WiiFit will not work. Everything else works.

(Oh, and I also tried copying WiiFit, running Brick Blocker on the .iso, and backing it up, and playing the burned copy, and that does not work either.)

So this is where I stand...does anyone have any ideas? I'm getting desperate here as I really want the game to work. Am I (stupidly) missing some sort of key step? Is it possible I just have a bad copy of WiiFit? Any help would be greatly appreciated.

sounds like a hardware issue, are other games working ok? including backups and originals
H

nutta_nic said:
sounds like a hardware issue, are other games working ok? including backups and originals
Click to expand...

Yeah, all other backups and originals still work fine. That's part of why it's such a confusing problem
H

This seems a WiiFree issue.
Look at the following thread:

You bought Wii Fit and it wouldn't run in the Wii, then you made a copy and tried to patch that.

How did you copy it, do you have an LG drive?
H

Slimmmmmm said:
You bought Wii Fit and it wouldn't run in the Wii, then you made a copy and tried to patch that.

How did you copy it, do you have an LG drive?
Click to expand...

Yes, I have an LG drive, I dumped it using that and tried to patch the image with Brick Blocker. I know the drive is reliable because I've made several backups before.

did you try RomMon answer
H

RomMon said:
This seems a WiiFree issue.
Look at the following thread:

Thanks for the heads up RomMon, I read that last post. I'll give it a try later tonight, though I'm not sure I know exactly what the "Open Config Disc Creator 1.0" that the poster references is...I'm sure I can figure it out though...
H

RomMon said:
This seems a WiiFree issue.
Look at the following thread:

Thanks for the heads up RomMon, I read that last post. I'll give it a try later tonight, though I'm not sure I know exactly what the "Open Config Disc Creator 1.0" that the poster references is...I'm sure I can figure it out though...
Click to expand...

I'll give it a go later and let you all know. Thanks for the help so far.
H

So I burned the image I created using the "Open Config Disc Creator 1.0". Popped it in my Wii and it recognized (the GameCube image came up in the loader). But when I tried to open it I got a read error message and had to shut the system off.

So that's where I'm at right now...tomorrow I'll see if I can reburn the disc, maybe mess with the settings when I create the image using the Disc Creator program. But I dunno, looks like maybe my only choice is a new chip or to have the WiiFree flashed?

Could still be other things.

Drive Related
Laser - Could be dirty, old or faulty.
Motor - Could be running to slow and might need replacing/fixing.
Other Problems - Some screws too tight or too lose. Also quadruple check soder points.


Hope you get this sorted, and nice one on the LG drive 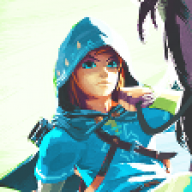 Hey!!! After reading your problem I noticed that it is exactly what happened to my wii (3.3U and stills there), but I bought wiifit before installing cIOS and everything, and the game was working. After the hacking my wii was unable to run wiifit properly, but I turn the console horizontally and everything works great now. I think is something related to the laser and the use of backup discs.
N

You might want to try to load the disk via GCOS.

Some disk didn't run after one of the early updates (e.g. Action Replay, wiikey setup disk), but doing the disk swap after loading GCOS will solve this.
I can't remember which firmware update blocked this, but it was probably early 3.x (3.1 or so).

The trick is to load the GCOS program but don't load one of the Game Cube games (e.g. at the Press A to load ... remove GCOS disk and put the Open Config Disc Creator 1.0 disk in. And press A...).

Look at http://www.youtube.com/watch?v=k9D2LcFLO5Q for an example.
H

That was it RomMon. I booted up GCOS with another disc and then swapped it out for the setup disc.

Turned off Region Patching, restarted my Wii, inserted the WiiFit disc, and it was recognized right away.

I would say that this is a confirmed fix for this issue, and it's well worth telling other people with a WiiFree who are considering more invasive solutions (such as a new chip or reflashing to YAOsm), because as for me, even though it'll be necessary to get a new chip and/or reflash my chip at some point, I'd rather wait until I absolutely have to.

But...before I get too far ahead of myself...let's hope it keeps working. If not I'll keep you updated. But thanks to everyone for your help!
R

Great to hear it worked!

And now it is time to lose some pounds...

Here a nice site to get some info:
http://www.nursingdegree.net/blog/21/using...uccess-stories/