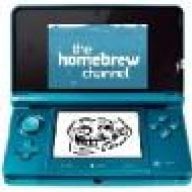 Hey guys,
Does anyone know why you need a special disc drive for your computer to copy wii discs? What's so different on the hardware?

Why would want an old, out of print dvd rom drive to rip Wii games, use your Wii to rip the Wii game disc.

No, I just want to know why you need a different disc drive. Dumping games by USB Loader GX works fine.

Because the Wii drive isn't a DVD drive.

Here is the different disc structure.
It's taken from Ingenieria Inversa website.
For more information, I can post the full page which explain how to unscramble the game's raw dump, but I think you are only interested by the diagram bellow.


The "User Data Frame" which is used for storing your content on a DVD-ROM is not located at the same place on a Wii/GC disc.
Computer's DVD Reader's firmware are expecting the data to be located at the correct place, but they are not programmed to read it if it's located differently.

Some drives can read raw data without checking the position of the frame, then a tool is used to move it back to the correct place if you want to burn the ISO to DVD-R. (it's called unscramble)
First Wii game's dump was always released scrambled, and the user had to unscramble it himself. then, dumper tools were unscrambling them, and now a Wii drive is used to dump them directly in unscrambled ISO.

Thanks Cyan, that's what I wanted to know.

Do you know whether this raw dumping feature of a dvd drive has a specific name or do you know a bluray
drive which support raw dumping? Flash the drive's firmware would be another possibility, but I think it's hard
to make an own firmare.

@ KennieDaMeanie: Damn gorilla's are turning into snipers now A moment ago
Chat 4