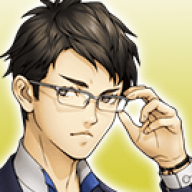 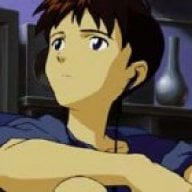 can anyone confirm if this is dubbed in English or does it have an option for japanese audio w/ eng subs? Thx. 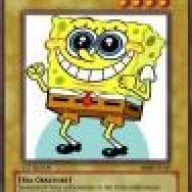 Location
in your heart...coz secretly you love me !!!!

They speak italian in albania 0.o?
i take it you faked your flag.

Location
in your heart...coz secretly you love me !!!!

nope my mother language is albanian (shqip like we call our lenguage)
but the majority part of albanians speak italian (and a lot of other foreign languages)
so compared to 60%-80% of the word i can understand in english game i can understand like 95%-100% in italian
Reactions: 1 person

hiroakihsu said:
can anyone confirm if this is dubbed in English or does it have an option for japanese audio w/ eng subs? Thx.
Click to expand...

I know for a fact that it has an english dub, there has been a trailer for the european version for a few months now. British accents, like The Last Story. Though maybe not as strong.

No idea if there's an option for the japanese voices.

no way? seriously? they released it in europe, cool

My body is ready...
Reactions: 1 person

FYI this is a 9 years old game.

still cool, i enjoyed it on the ps2, still have the disc too, wonder if they will be porting over project zero 1 & 3 eventually? or is that japan only?

to bad its not getting a localization

oh yeah
that cover looks awesome! I wonder why they didn't kept the black box like with Pandora's Tower

Shadow#1 said:
to bad its not getting a localization
Click to expand... 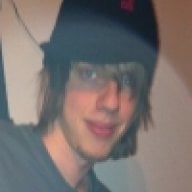 Is there gonna be an undub version of this? I find the english voices... well... annoying somehow
or is there a possibility to switch the dub and i just didn't figure it out yet?
Because in Spirit Camera for 3DS (which i bought yesterday) you get the option to have the japanese voices :/

so far im loving this remake!!!

WiiBricker said:
FYI this is a 9 years old game.
Click to expand...

It's a remake, so not just a simple port job with Wii controls:

The main differences between Deep Crimson Butterfly and the original are the updated graphics and the new third-person camera angle, first used in Fatal Frame IV. The map has been updated to work better with the new viewpoint, and the costumes were designed with more emphasis on the back since it is constantly in the player's view. Also similarly to Fatal Frame IV, the game contains "ghost hands" which may randomly pop up when the player attempts to pick up an item. If a hand appears the player will have to shake it off, or incur damage. Some items, such as cloth-covered mirrors, may also be interacted with, and bars and that can be peeped through. The Camera Obscura, while its external aesthetics are identical to that of the original camera from the PlayStation 2 release, has a new viewfinder and altered controls. A new mode, Haunted House mode, has been added, a two-player mode in which players walk around a set course and scary events randomly occur. The game will also feature several new endings[11] and the theme song is different, there are also slight changes to dialogues and notes, new areas to explore, and like the first game, each chapter are now introduced by new CG images of the characters.

Would have preferred the 4th game to be localised, not sure if this is different enough to go through it again seeing I've only just played & finished the original on Xbox. If this version is just as good then I do recommend it to anyone who hasn't played the original.

Unless it sells well over here I'd doubt there'll be a US release, what with NoA not giving a shit about the Wii.

Shadow#1 said:
to bad its not getting a localization
Click to expand...

...THIS is the localization. It's Multi5.