Nice, I'll try to get a hold of it here.
Hopefully it's this time a decent port of EA.

There is no online support.

Still hopeing for a good game.

i learned from my mistakes with pro street, never again. 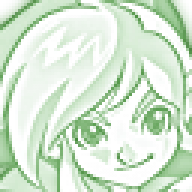 I think I'll try this now

Is this another of those 'pimp your ride' type of game or is this real racing, like the good old need for speed 2 for example?

Its less chavvy this time:

"EA's dominating racing series takes a left turn with this uniquely action-oriented entry in the franchise, where players use their driving skills honed in previous NFS games to control their vehicle in dangerous, high speeds encounters. The game features international movie star, Maggie Q, as the lead character in the big-budget live-action sequences that propel the story forward as players get behind the wheel. Undercover takes the franchise back to its roots and re-introduces break-neck cop chases, the world's hottest cars and spectacular highway battles."

Its EA on Wii so it could go either way. People are saying the DS version is good so there is hope. I do hope its good, we desperately need a good new racer, getting sick of playing Excite Truck & Mario Kart now.
J

If there's no online then I will get it on the PC.

There is no online support.

Still hopeing for a good game.

if you are refering to the wifi logo on the jacket, the DS version don't have it either but still its have online mode!

better wait someone who had tested the game to confirm.

The other versions are said to shit. 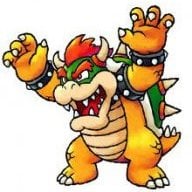 For some reason the video reminds me of the Rush games on the N64.
G

read this is shites and that pro street is better

Ow EA what did you do to this once beautiful game serie???
Why they mess up all the games they make and start releasing a new even worse version every year??
T

Anyone knows what the update on this contains ?
i'm on 3.2.e and brickblock does not seem to work on this one

Well, i tried removing the update and playing it on my PAL 3.2E, no luck, so tried with Gecko... got the following error:

#002
An Error has occurred.
Press the Eject Button, remove the Game Disc and turn off the power to the console. Etc....

It has the following inside the ISO:

what's the point of removing the update if u have a pal wii? just don't want 3.3 huh, might as well get it now since u can't do an official update anymore without getting 3.4.
i think if you have a modchip and don't want to change the menu, you'll have to install that ios55 wad manually.
any1 tried this with the backup launcher yet?
N

LEGO City: Undercover has been delisted from the Wii U and 3DS eShops