Gaming Why do wii games have revision and whats difference between revisions ? 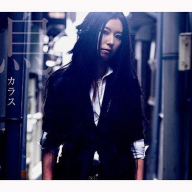 Some games have revisions, and some have more than ONE !
What's differece between them ?
And where can I find some sort of archive to check this ?
Sort by date Sort by votes

every console games have revisions, since ps1 and even n64, those days and on the wii there were no patches so to fix bugs when doing new print runs of games they updated the cd/cartridge with bugfixes.

there isnt any revisions archive afaik and sometimes its very hard to know what bugs they fixed and so on.

basicaly revisions were developers saw that the games had bugs and since they couldnt release patches like nowadays, when they saw the game was selling well and needed to do a new print run they fixed those bugs and released a 1.1 or whatever number physical release, but you cant see if its the revision by the cover alone since its usually on the disc itself.
Upvote 0 Downvote

Many Wii Games have Update/Demo "Partitions" on the Discs.
So it can be for a newer System Menu Software.
And of course for "Bugfixes"
But there are not so many,the Quality Control for Wii Games was not so bad. :-)
Upvote 0 Downvote

no the update partition of wii games is for wii system menu, since wii games updated the wii itself if the firmware was lower, kinda like every console since ps3/xbox360/wii days, games come with a firmware required on the console and if the console is on higher or same they dont do anything, if its on lower the disc has the file to update your console without using internet.
Upvote 0 Downvote

As others mentioned then it is usually devs that can't release patches for their games (the Wii kind of had that but mostly only for Nintendo as it would have involved altering the menu). Most times it is unknown, if it is a popular game, or maybe just a popular game with speedrunners, then it might
https://www.zeldaspeedruns.com/oot/generalknowledge/version-differences
That being the classic thing of fix some bugs, maybe censor some things, and while I doubt anything on the wii did that then if game licensed music or characters or something and that ran out then that.
Being a popular game also means you are likely to see newer versions pressed and released as well.

Other times if there is a PC version or other console version then the bugs might track across those and you can at least have a jumping off point for an investigation. Most Wii stuff was rather different to the contemporary consoles and PC, could be similar to andrios though.

It is rare for the devs of games to acknowledge revisions at the time but it did happen, you might also see if any of the devs of it have any info today. They might not have a full list but if they are publicly known then a simple politely worded request could yield something.


If you fancy playing ROM hacker then it is not always going to be trivial but you could also work out differences between things and go from there. Could be easier said than done for the Wii compared to older devices as compiled code could look very different with just a few changes. Could also be a path to having a bugfixed version but without any censorship that might have crept in, or fix some bugs that might be game breaking while leaving others if they are fun to mess with.
Upvote 0 Downvote

Wii Sports and Wii Play had revisions (with minor changes).
Revisions are rare as far as I know. Differences between regions are (and always were in previous generatons) more common, e.g. Spyborgs on Wii.
Upvote 0 Downvote