Hacking Why aren’t trophies earned not showing the date it is earned? 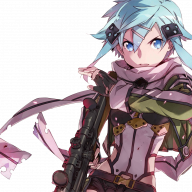 So i guess it’s not a big deal but I would rather have if I could. But whenever I earn a trophy and I check on the trophy app, it shows all the trophies I earned but it doesn’t show the date I earned them, it’s just blank as in —-—-—.
Why is that? I tried earning a trophy with WiFi on but still didn’t record the date. Could it be because it doesn’t have a psn account activated? I have it link which I used to for h-encore on 3.65 and I’m using PS4Relink for remote play with my main account so when I go to the settings and I see the accounts, it shows my main account, and below it shows the other fake account I made to use h-encore. But I have yet to activate it because one I do that, I won’t be able to remove it easily in the future. Anyways I don’t think that would be the issue but idk.

Anyone? Do you guys get time stamps?
D

metal dra900n said:
I earned a trophy while on a wifi connection but without my PSN ID signed in (my trophies weren't being synced online because I hadn't signed in a long time) and once I signed in and synced, it shows the time stamp of the trophy both under my PS Vita System and Playstation Network. So it seems like it's just an issue exclusive to you. Hoped I helped a bit.
Click to expand...

Thanks for the response. So I figured it out, it was because even though I had an account to install h-encore, I needed to activate it, which I did and Walah! It worked. Even with WiFi off

Z
Hacking Should I reset my Vita?

PS5 Search For Players, I'm Not Showing Up