Hacking Where to get a G6 Real?

So I got one way back last August, and now a friend wants one. I take a look on all the good, normal, recommended sites I use, and there are NO G6 Reals to be found anywhere. Are they just off the market now?

I think that M3 stopped producing the G6 a while ago, tell your friend to get the M3 Real instead its a better cart and it also supports Sakura.
W

I also heard they stopped making them now.
Anyway, from my experience, G6 Real's aren't that great.

Yeah.. the G6Real has severely dissapointed me..
the first couple of months, wating for the DLDI functionality..
then.. the waiting for the download play fix.. (which they've only fixed partially, still alot of games that doesn't work on download play with G6real..)
the slow boot up time, and overall sluggishness.
and.. the limited storage (which isn't a real .. dissapointment/lack of feature, just that i want more than 1GB..)

luckily though, i won DSTT+GBA Expansion pak, and bought a 8GB MicroSD for it, which i'm really happy with 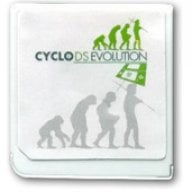 Tanas said:
I think that M3 stopped producing the G6 a while ago, tell your friend to get the M3 Real instead its a better cart and it also supports Sakura.
Click to expand...

Is the M3 a replacement for the G6 as the G6 is not being produced?

Tanas said:
I think that M3 stopped producing the G6 a while ago, tell your friend to get the M3 Real instead its a better cart and it also supports Sakura.
Click to expand...

Is the M3 a replacement for the G6 as the G6 is not being produced?
Click to expand...

G6 is another flashcart from the m3 team, like the itouch ds.
Y

i have both the m3 and g6 and found that the g6 has been so much more reliable. And i know that there will be plenty to disagree but personally i would get another g6 over an m3 anyday if i could. i was lucky enough to get the 2gig g6 so its storage capacity isnt all that bad. My m3 has already corrupted 2 of the 2gig sdhc cards (dont know why) but they are dead and im talkin about best quality jap kingstons. its now runnig a 4gig and i just wonder how long that will last. Where as like i say the g6 has been more reliable and if something goes wrong on the g6 its sooo easy to format even without a pc. If only the g6 team could release a g6real with 8 gig memory and that would be perfect...
P

It's a shame that they no longer make G6 Real, but I can tell you from my experience that G6 Real is a real deal.

If you are so concerned about limited storage then you should perhaps get something else.

However, if you are like myself, who just put couple games to try it out before buy them, then this is an EXCELLENT

flashcart despite the fact that it's out of production. No slowdown, no compatibility issue yet, and excellent GUI.

F
Misc Is it possible to delete wiimmfi friend codes