Gaming Where can I get a legit LCD for my bottom screen DS Lite.

I'm sick about the yellowed screens I see in eBay and other websites (like Mercado Libre in Mexico, my country) Amazon here does not have stock for DS Lite just ones excessively expensive and from Japanese sellers, no force is going to make me to but that.

I literally don't trust on eBay since, without knowing got a fake DS Lite form Hong Kong (My mistake of course)

I had a excellent DS Lite working but had a failure in the bottom screen, so I needed to replace it so went to a local place here to accomplish the simple work of just exchanging the touch panel, no LCD, it looked so good (just like the upper screen) I don't dare to do it myself cause I've broke almost 7 DS just by opening them up.

Well, the guy did a poor job and aside that replaced the LCD too, he just claimed that was mine, but AFAIK the screens does not changed its color, now I've a yellowed screen and ghosting.

He didn't asked me a penny and I suppose he should break the original LCD and used one cheap yours, and from where the heck did he got that cheap screen? Well, probably eBay or ML, just guessing of course.

So that's why I'm searching for both, a proper LCD and replace the touchscreen cause it's a bit scratched.

Where do you think I can get one? Mexican shipping friendly please (Craigslist is not an option).

In Amazon appeared some from a company called BisLinks, they claimed to be OEM but looking well at them does not seems OEM if you ask me.

I'm very strict to avoid those both factors, cause I've 3 DS Lite:

- The replaced one which currently has a yellowed screen.

- The one bought from Hong Kong which has ghosting in upper and bottom screen.

- A DS Lite fixed at GameStop (and sent to me years ago) which has ghosting and yellowing in the bottom screen.

TL;DR: Mexican guy wants a topnotch touchscreen for a DS Lite without yellowing or ghosting, I've 3 DS Lite and two of them have a yellowed screen all ghosting. 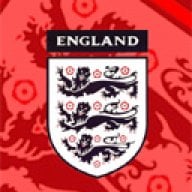 Any idea on how much it would be to ship an LCD to you in Mexico from the UK ?
K

o0-Matty-0o said:
Any idea on how much it would be to ship an LCD to you in Mexico from the UK ?
Click to expand...

No clue, why? Is there any good alternative in UK?

Hardware What custom screens for my GBA, GBC, GB should i get