Hardware Where can I find a Nintendo switch motherboard 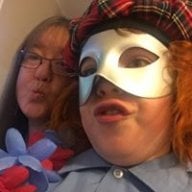 Griacher said:
I’ve been looking for a new Nintendo switch motherboard for a bit over a week now and I’m still yet to find one if any one can give me a link to a full motherboard that would be much appreciated
Click to expand...

Have a look around for a faulty Switch with a good motherboard. Or if you just need certain parts from the motherboard you can probably take them from a faulty one.

Traditionally sources of such motherboards have been

1) Ghost shifts from factories/people grabbing the "technically this failed" boards (or maybe actually failed but paying someone to fix them is more than it is worth) and selling those on the usual suspects.
Companies don't like this and if you are after a working board then said boards are also unlikely to be programmed with the relevant keys or online support. They can be reasonable sources of components though.
2) Straight up replacements.
Nintendo don't have a habit of making these available.
3) Someone else bought a stack of either otherwise devices and ripped the boards out, or occasionally banned devices and ripped the boards out but I am not expecting much here for that (a banned device is still a useful device really).
If you are big enough and ugly enough to do a replacement yourself then why pay for someone else to rip a board out for you? Only real advantage might be that you can be more assured of a working board than "broken device, useful for parts" type listings. If you are thinking as I am not getting a screen, controls, battery, case... so it will be cheaper then good luck with that one.

1-bit mode (out of solutions)