Misc What's up with people on Jump Ultimate Stars!?

I absolutely hate this, most of the times when I'm playing Jump online I get paired up with a gorup of people who show of their hacking skills, that's all they do. If you attack them they all gang up on you and it's impossible to counter attack! And when they kill you all they do is use the taunt move in front of your dead body, it never ends! Don't these people have anything better to do? I swear, what's the point in even playing this game if your not gonna play fair. All they do is show off untill the timer ends. It's almost impossible to get paired up with people who actually take this game seriously.
Have any of you guys experienced this? If so, what are your thoughts on this?

Random Wifi is filled with Cheaters and Gem Farmers. They're just looking for easy wins. It's best to play with friends Who play fair. If you want you could add me and we could have a Few 1 on 1s? 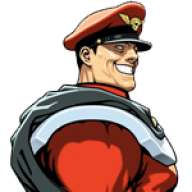 Yeah, I hate Cheaters cause they kill the game, Are lots of ways fo kill them and i kill everyone i saw cheating on random, But somethimes stupid guys just defend the cheaters and is very hard battle 2 guys at the same times, But the last time that happened i killed those two, But is almost impossible kill a DIO [6], But something that you can do is fight with friendcodes, XDDX, Gamesoul (VariantDev), SANHEK, and me play almost everyday and also we are trying to have a JUS community on a web page (That i dont know if i can link) But is on XDDX signature, So join when you want, do not cheat

Ps: a good way to kill cheaters is with Jotaro [2]

It's good that there are people who take this game seriously, like 99% of the times I get paired up with these hackers, it's so annoying. >.<
Yeah, I would like to challenge you guys. I already added X D D X to my FC roster. Uzumakijl, if you wanna play with me then add my FC, I've already put it in my sig. 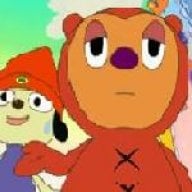 X D D X said:
Random Wifi is filled with Cheaters and Gem Farmers. They're just looking for easy wins. It's best to play with friends Who play fair. If you want you could add me and we could have a Few 1 on 1s?
Click to expand...

Thank you very much for this information. Two of my favoutite games are Pokemon and Yu gi oh (I like JUS, just not nearly as much as the other two titles).
I really wanted to compete against people all over the world ('cus my friends hate these games and won't play against me or they have PSP's!). So I purchased a wifi dongle yesterday, set it up and started playing Yu gi oh against random people. Straight away before they started their go, BAM!, one insta win cheat and the game was over. Around 90% of the people cheated using AR codes like insta win as well as main offender, thereal annoyer: disconnecting just before I beat them, or because their draws were rubbish.

I did have some really good games (win or lose) and I didnt mind the masses of net.decks out there (I use to play a similar competive card game). I just wondered whether all the wifi'd games are like this, and it seems to me that from reading this and other threads that is is.

What are the Gbatemp wifi nights like? Full of hackers and pitates, eh?

Umm, nope, the Gbatemp Wifi nights should be fine, I believe the ban cheating and hacking. 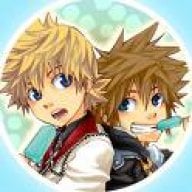 (with ''hackers i mean : people who ruin the game online)

i think that ''hackers'' kinda like it to piss people off... i personally hate ''hackers'' even tough i dont see many when i play online 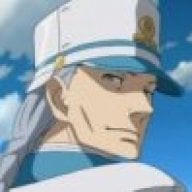 I could never understand the reason for hacking an online game to beat others. I always assumed the reason for playing games against real people was to test yourself, and feel a sense of accomplishment after a hard battle. But, if you cheated to get there, it would feel kind of empty to me.

exactly... i tought it was to show how hard you ve trained... to show you skills and show that this game is good for you
...like something to be proud of
M

Just played my first game online last night. Had no idea what the hell I was doing, just mashing buttons.

Played with 3 other players. They all ganged up on me, knocked me out, and spent the rest of the match attacking the walls, and not each other. W. T. F. ????
E 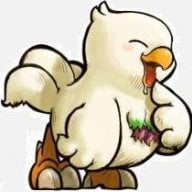 damn it
whats the point of this ?
omg the second Time it happened with other random group damn it its not fun if you can't play normal 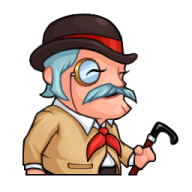 What annoys me about gem farmers is that there are much faster ways to get gems, but they use the method that screws other people over.

If you want to punish them, turn off your DS when the screen goes black between the GAME SET! and the results screen. It freezes the other player's DS's and prevents them from getting the gems they farmed off you.
T

only have internet channel for now cant get in...>.

Kaos said:
What annoys me about gem farmers is that there are much faster ways to get gems, but they use the method that screws other people over.

If you want to punish them, turn off your DS when the screen goes black between the GAME SET! and the results screen. It freezes the other player's DS's and prevents them from getting the gems they farmed off you.
Click to expand...

Why Do People Not Boycott Sony For Treating Customers Like Filth