Homebrew Whats the safest way to make WADS for vWii? 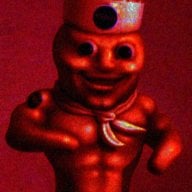 As the name suggests, I am interested in trying to make custom WADS for the vWii. It started when I found that there were no wads for CleanRip, and I thought it would be a fun project to make my own. The issue is that there is a high chance of a brick when doing this, and seeing as you cannot get PriiLoader for the vWii, I want to know what the safest way to make WADS is.

My thought is that you would use CustomizeMii to make the WAD and then test it on Dolphin first. Is that a good idea? Will WADs for dolphin even work on the vWii seeing Dolphin is a Wii emulator, not a Wii U emulator?

L
Hacking How would I run WiiWare wad files on vWii?

Homebrew Anyway to run HBC from vWii after copying from Dolphin?

Hacking Four quick questions, mostly in relation to the vWii

@ Ophelia_Later: if i make a custom theme for my ds and install it can i then delete the file 17 minutes ago
Chat 1