What is the best Windows 8 Phone?

I'm switching from Android to Windows(Well will have both cuz I bought a NVIDIA Shield). So I was looking for the best Windows 8 Phone on the market right now. Any help?

I have an HTC 8X and really like it.

However, the Nokia Lumia lineup are generally the "must have" WP flagships. Ex-Microsoft employees pretty much run Nokia's mobile division now, so it's as close as you'll get to an honest to goodness Microsoft phone.

The Lumia 1020 is the new kid on the block with a crazy camera, but the 925 and the 928 are close runners up (the 925 being the better one, according to Nokia).
Reactions: EvilMakiPR

Thanks. Well I was thinkin in the HTC 8X also. And have it in my Watch List on eBay

I sell cell phones for 3 different carriers (mostly Android). The major flaw with the HTC 8x is that it only has 8 GB of internal storage (~5 usable after the OS is installed) and there's no SD card slot to expand that storage. I think that's the major reason why we stopped selling it after very poor sales.

The Nokia Lumia 928 looks pretty good, and the training we received on it made it seem like one of the best Windows phones out there, even if it is a bit on the bulky side compared to other phones on the market today. I have not received any training on the 925 or 1020. 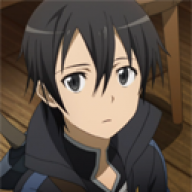 Nokia Lumia 920 is pretty much the definitive Windows Phone. But why switch to Windows Phone? It's a closed OS with poor app support and limited hardware choice.
Reactions: Count Duckula

Suggestions for a Android Tablet?