Hacking What do you think of Ds-x? 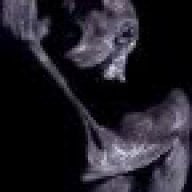 Feel free to leave a comment, hopefully potential customers will get to read this before making a decision.
A

poll is a waste of time, not voting

QUOTE(amemoryoncelost @ Jan 8 2008 said:
poll is a waste of time, not voting
Click to expand...

Ha come on! It's useless for long time forum users but like I said, anyone who would consider buying a new Ds-x cart should look at this thread. Think of it as a "warning" for potential buyers. I got screwed and I don't want other people to feel the same way I do. We all know Ds-x is crap, I'm just trying to be informative. Please consider voting, it could help other people.

QUOTE(amemoryoncelost @ Jan 9 2008 said:
poll is a waste of time, not voting
Click to expand...

I disagree. The Engrish is hilarious!

QUOTE(amemoryoncelost @ Jan 9 2008 said:
poll is a waste of time, not voting
I disagree. The Engrish is hilarious!
Click to expand...

English is my second language, feel free to correct me.

QUOTE(amemoryoncelost @ Jan 8 2008 said:
poll is a waste of time, not voting
Click to expand...

Would have been quicker to just press the vote tab if your so concerned about time wasting, instead of writing anything.

theGame07 voted that "I love my Ds-x, I don't care what people say I'm sticking to it." As far as im concerned the DSX team can burn in hell

The DSX team would have voted but they dont release information on their opinions of their cart.

I dont own one, but I still find that "I'm not impress, I expect better service and support." suits me the best.
I was interested in it, but waited (thank god) because I am NOT impressed at all, with all the lacking things and patching and all different things.
J

Been voted on before

The DS-X sucks because they have a lot of compatability problems, crashes, and aren't supported by the team anymore.

I chose its ok because its the first one I got, I don't mind patching my roms but I don't think things will get better at all.
A

it's a waste of time because anyone that would even see this poll, would already know how much it sucks. I think any user on this board is well aware of the issues at hand.

Seriously, I've been very vocal about my issues with the ds-x, so it's not like I'm a ds-x fanboy or anything... Just growing tired of having the worst cart on the market and knowing I wasted so much money.

The DSX is a very very nice piece of hardware

I do agree with the analogy of the fast car that only goes 60mph.

amemoryoncelost I can understand your point of view 100%, the DSX bashing must grow old, I think anyone following the DSX forums knows very well your no fanboy.

I dunno, I bought my ds-x sometime in september or october of 2006. Well over a year ago and back then, I bought this because the company seemed like there would be mac support, still not sure what that would ever entail, maybe a mac updater, who knows. So yeah, it's a little old. I'm not sure what a person can do to get this company shut down, I'm just kind of over it at this point. I've remained cool throughout the whole thing, not posting flames on their board, not really posting flames here either, just posting smart posts that are to the point. I've been in pretty close contact with mods and even got that one reply from the dev, but eh, haven't been convinced that we're any closer than anyone was months ago. So rather than spend my time bitching here and over there, I'll just sell it outright and move onto greener pastures.
D

Don't they even have a Mac section on the DS-X forum?

Thanks for posting that link, JPH. I remember seeing that poll but I couldn't find it the next day after it disappeared off the main page.

396 votes against, 175 votes as being mediocre, and 22 votes of approval. Wow. I think I'll sit up tonight and graph the results of comparable polls just to see how the DS-X rated among its competition. I have morbid curiosity that way.

Didn't see the last poll...sorry. I think this one is a little for specific and up to date. I 'm just a big sucker for polls

I thought most people would vote for the third option, didn't think Ds-x was hated so much. Numbers don't lie.
To Amemoryoncelost: Yes, you need to get yourself a new cart,(maybe a new forum?) I read your post and I started feeling depressed. I will be doing the same someday, time to move on people, time for an new cart.

Edit: I didn't see the last poll because it was in a completly different section of the forum.
A

A new forum, what do you mean by that? If you mean that I seem to be taking a different angle at this, well, I guess I just don't see the point.

Like I said earlier, it would be cool if gbatemp.net would take a better stance on this. Obviously this isn't good for the "scene," so I have no idea why gbatemp hasn't re-reviewed the ds-x or at least sticky something in this forum. I'm not hating on gbatemp, I'm sure there are various reasons why they haven't(advertisers for one). So we'll see. I just figure if people will see what's going on and do something about it, we can all get rid of them(make money back or take a loss) and forget we ever got screwed..

Sorry dude, I didn't mean anything really... At least on this forum everybody is on the same side. I just thought that a breath of fresh air would be nice. You know, anything, like a new cart or a new firmware

For me it was a new forum, I just joined here and realise that it's nice to finally be able to say what you really want to say. I used to post on Ds-x for a while, I started looking there when Zelda(j) was not working, about six months or so and I got in trouble for my open honesty. Well you know, after a while rabid1 went on a rampage and things went from bad to what it is today.

I'm 31 years old, married, mortgage, cars and all that and I can honestly say that this is the worse investment of my entire life. I wil get over it, the money spent is one thing but being ignored and insulted is another. I can't do much about it so this silly little survey is all I got to vent my anger, I mean, look at the numbers

Yeah, i actually saved up $100 for my 512mb one, just to be ignored and shat upon. Lol. It still has done me very good though, but DS-X is a dying breed, theres not much more to be said.
A

Well, I'm only 26, but yeah, pretty damn bummed on this entire ordeal. It is nice that we're able to vent here though. In order to vent on the other site, you have to do it in this weird way, then someone posts something stupid and the entire thread gets deleted/locked.

So yeah, I've never had issues with posts being deleted or edited, I word my stuff carefully enough I suppose, so I steer clear of the mods. I've emailed a couple of them and they've always been cool and feel for all of us, it's out of their hands. Either way, if I were a mod, I would have stepped down ages ago. It's like their supporting them in a way.

What really sucks is that it's like there is nothing we can do about it. That's the point that I'm at. Like, what else is there to do? We can make posts, email them, complain and bitch about it, but in the end, they have our money and we have their shit cart. Such a slap in the face.

N
How do i rip textures out of Dementium II and dementium the ward?

Hardware Hacking GBA Others How far can you overclock the DSi?