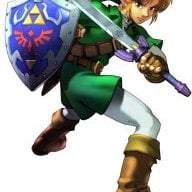 Am I missing a main setting on USB Loader GX?

Been having issues getting GC games to play off any drive (SD/USB).

I partitioned my USB drive to a FAT32/NTFS with the FAT32 in the first partition, active partition, second partition, but any way I do it not only does Nintendont tell me it can not find the file, but it stops recognizing the Wii games I have working on the other partition.

I have a guide I follow when I mod Wii's for people that says step by step what I did up to this point and can share specs if needed, but I am not sure where to go from here so any advice would be appreciated.
Sort by date Sort by votes

tbh i think usbloader gx can only load one partition at a time and not both imo, you can have wii games on fat32 partition you can split the bigger than 4gb isos and they will still work on usbloader gx, proobably some conflict there.

also do you have the correct path? if i remenber usbloader namings not sure if it changed was usb:games/anything[gameid]/game.iso
Upvote 0 Downvote

nope used 2 partitions system with usb loader gx before, never had an isseu, but gamecube needs to be 1st and primair partition if we do this we don't use nintendont but rather dios-mios.
dios-mios is also strict on blocksize of the partition.
since this gets rather hard to do (windows buit-in formatter is saying it did the job, but is lying a lot on the details it did it's work).
better use the nintendont route, use one partition for everything, and do a fresh install of the latest usb-loader gx (and don't forget to set the filter option to show wii and gc games).
by fresh i mean removing the old usb-loader gx map on your sd-card, and replace it with the new usb-loader gx (old config files tend to break things)
Upvote 0 Downvote