Log in Register
Menu
Install the app
You are using an out of date browser. It may not display this or other websites correctly.
You should upgrade or use an alternative browser.
Front-page GBAtemp Exclusive  Updated

Welcome to the farm - Story of Seasons: Pioneers of Olive Town first impressions

I love farming games. They’re a time sink, and by nature can become somewhat repetitive, but when you’re in the mood to plant some crops, nothing compares to the Bokujou Monogatari series. Since playing the remake of Friends of Mineral Town last year, I’ve been craving something new, and before I knew it, I found myself stumbling into Olive Town ready to pick up my hoe and water some turnips. 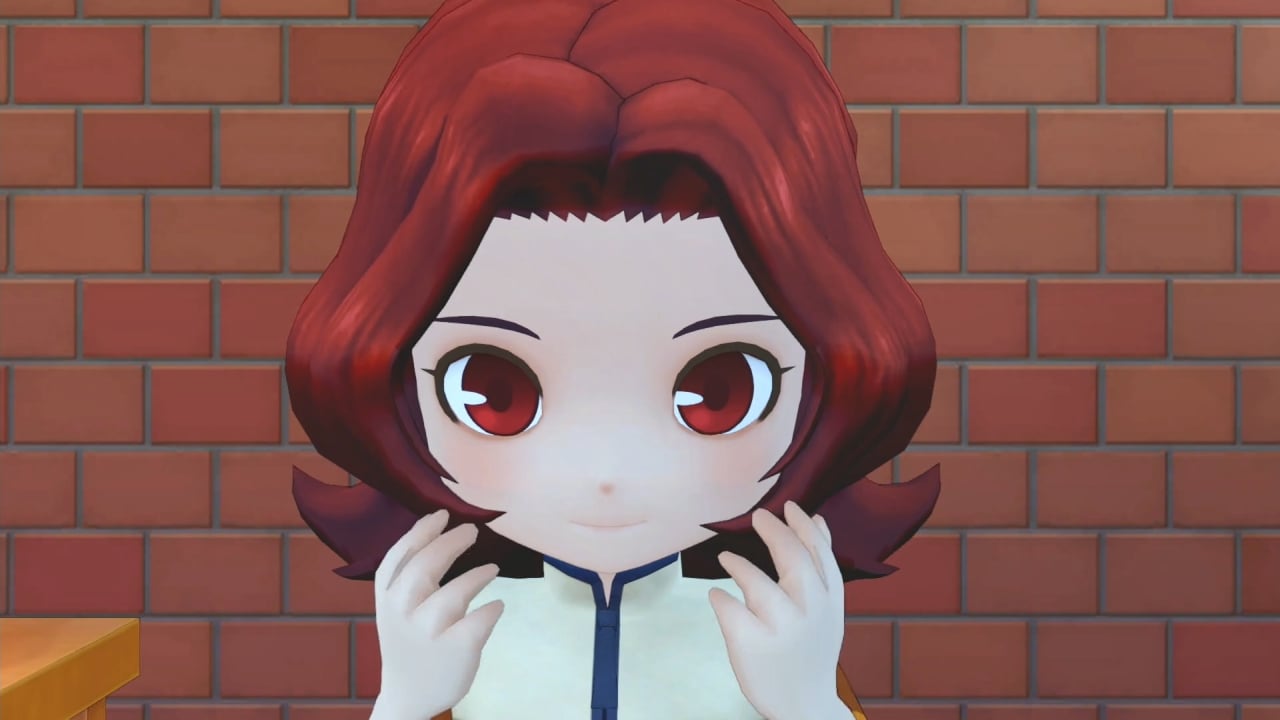 ​
The setup for the game is fairly traditional. Your grandpa has died and would you believe it, he’s left you a farm! After some pretty extensive customisation choices, at least for this series, you’re out on your merry way to see just what desolate state he’s left it in. You’re welcomed by the mayor and, quite surprisingly, aren’t all that bogged down in the formality of tutorials or extended cutscenes. Instead of tiresomely being shown how to use one tool after the next, you find yourself somewhat free to figure it out for yourself. Over the first few days, you’re visited by the mayor and a few others to give you basic tips, these presented in pop-up windows that can quickly be read and dismissed. Even on the first day, you’re kind of just free to do your own thing. And there is a fair bit to do. 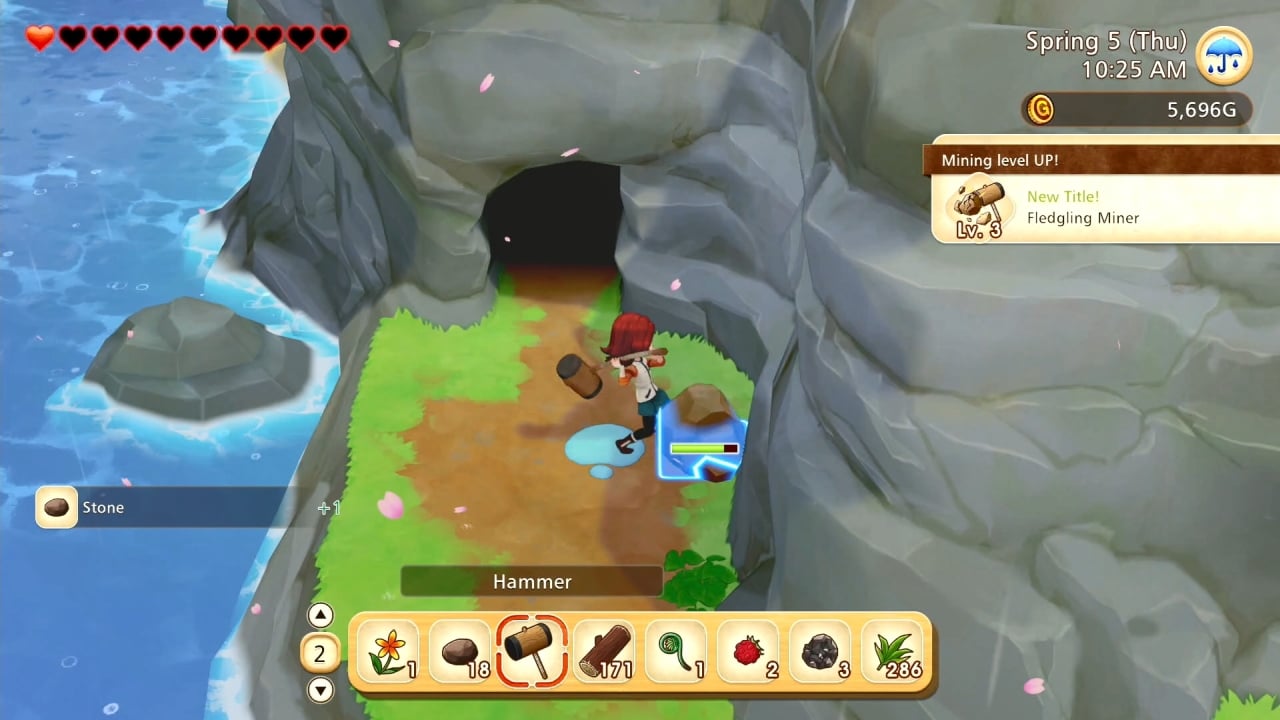 ​
Following my own series tradition, I set off to tidy up my farm. Now I’m not all that far into the game at this point, but I do assume you’ll get a bit more space over time. Once you’ve chopped down the trees, cut up the weeds, and cleared out the stones, you have a reasonable space to work with. Having said that, it lacks the same sense of scale as you might have seen in Mineral Town or Forget-Me-Not Valley. A broken bridge lurking in one corner of the farm though, I’m fairly set on the idea I’ll be repairing it down the line for some kind of expansion. What I did like from this cleanup operation is that resources feel more useful here. The game sharing similar menus to Stardew Valley, the items you’ve collected can be put to good use by crafting them into both functional and decorative items. These can then be places directly onto your available farmland. It’s surprisingly seamless, and it’s what I’ve enjoyed the most so far. Even placing buildings and watering wells down, you can pick them up and place them elsewhere later. You have a certain freedom I’ve never really found with the series before. Outside of this though, I’m a little more conflicted.

To put it into one word: clunky. The game just doesn’t quite feel right. Your character feels like they move slightly too slow, when chopping, cutting, or smashing, you need to be right on top of what you’re interacting with. You have to keep hitting the Y button for each use of your item, you can’t just hold it despite most things requiring two to five hits to break. Trees and buildings obstruct your view as you’re working on tidying your farm, with no way to fully rotate the camera. They’re small things but they do add up to something not necessarily bad, but underwhelming in areas where you expect better. You expect better because you’ve frankly already seen better from the same series. 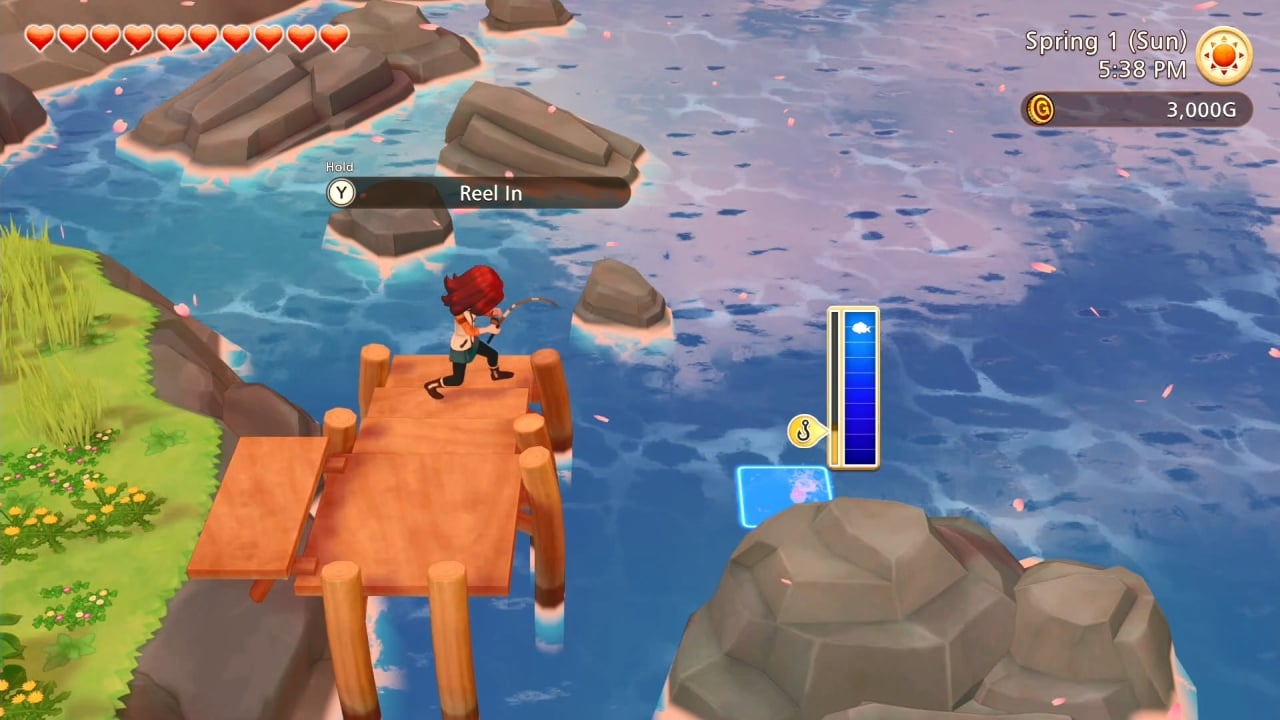 ​
Looking to the traditional non-farming activities to the game, I again find myself split. Fishing is fun, reminding me once more of Stardew Valley with its minigame. Where it falls short by comparison is that every fish appears to do exactly the same movements. They’ll follow the same pattern of pulling your line at the same time, giving you a certain degree of muscle memory, and ultimately boring you before you really have a chance to get into it. I’m not sure if this is some kind of glitch with the randomness always being stuck at the same value, but it’s put me off something I would otherwise quite enjoy. The actual minigame would be fun were this to be addressed. This leads me onto mining, which shares a similar fate.

At the start of the game, you have access to ten floors. Each floor has some rocks to break, and some ladders to find that will lead you to the next floor. The issue? There’s maybe three floor layouts, and the ladders aren’t in random places. The process of getting to the lowest floor is pretty much as follows: walk to where the ladders should be; are the ladders there? If no, break the rock that is where they should be. Proceed onwards. I really love mining, but the randomness was a huge part of that love for me. It's just stale and monotonous otherwise.

​
It’s easy to be swept up in negativity when aspects of the series you’ve come to appreciate suddenly aren’t what you expect, but I do just want to make it clear that I really am enjoying the game as a whole. For every small thing wrong, there’s another to redeem it. The game features achievements, even on the Switch version, that can act as objectives to work towards. You level up tool proficiencies by using them for bonuses, rewarding you for just following a regular routine in-game. Heck, you can even take in wild animals you see roaming your farm assuming you have the space for them. I’m quite on the fence as to whether this will be my next big binge of Bokujou Monogatari, but the game does enough to entice me further in. I want to know what rewards I might get for levelling up my tools, I want to see what lurks beyond the bridge, I want to interact with the residents of Olive Town and find what makes them tick. At its core, I’d describe Pioneers of Olive Town as a solid experience that’s just really quite rough around the edges.

Time will tell whether I’ll remember this game fondly, but I'm somewhat optimistic for its future. For those still very much on the fence, keep an eye out for our full review closer to the game's launch.
Last edited by Scarlet, Mar 6, 2021
Reactions: tfocosta, Angely, smallissue and 9 others
Click to expand...

>The latest entry in the Harvest Moon series, Story of Seasons: Pioneers of Olive Town, has been met with a fair deal of criticism and disappointment from Japanese fans. In fact, the criticism got so bad that the Japanese developer (who is a first-time developer for the series) has distanced himself from the game on his Twitter account (removing the "producer" title and every tweet related to the game).