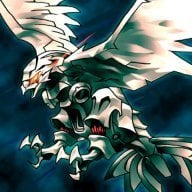 I have this little project of mine about getting PSP and restore it as new as much as possible. So, bought a pre-owned PSP-3001 and the previous owen told me that everything but the stick works. So I decided to open the PSP and replace the joystick then assemble it back but after powering the PSP I found a problem with the screen, there are some weird color bars on the upper area of the screen making me think that somehow the lcd got damaged, even though I did the proccess as calm and careful as possible.

So what do you think is the problem? the motherboard or the screen?

I already teardown again my PSP to check if the ribbon cables are connected properly but the problem persist. I Also, connect my PSP to my pc throught remotejoy and the problem dissapears.

So....I'm not sure what shoud I do. What else should I test?

The 3000's display uses a serial interface so it's pretty much impossible for a cable/connector problem to result in that pattern...
Looks like it's a problem with the internal row/column flat cables, not really fixable unless you disassemble the screen and try questionable (on calculators and original Game Boys, wouldn't want to imagine on a comparatively high resolution screen like this one) hairdryer and tweezers tricks... or maybe the actual controller chip (also inside the screen) has gone bad

So...a Simple LCD swap should fix this issue?
Hopefully the problem is related to the lcd and not the Motherboard or any connector.

Here's something new I found out btw.
Any icon or text that appears on the upper area get marked but disappears within seconds. Like a water mark that dries out.

Hacking Is it possible to change the PSP Composite color signal from NTSC to PAL from Homebrew?

@ AncientBoi: I think I'll get the Hail effect joycons for summertime

A moment ago
Chat 3