Wanting to sell my original Xbox...

So today after receiving my Halo 3 Legendary Edition package from Microsoft off Club Bing, I have been determined to sell lots of things in order to get a 360. Yes, I ordered it even though I don't own an Xbox 360

. Thought it would be great to keep for the future till I got a 360.

I semi-decided to sell my original Xbox with about 10 games, and 2-3 remotes. I look up on Gamestop, only to see that a refurbished Xbox is going for only $49.99. Not that the price is bad, but it won't get me far towards an Elite 360. Also taking into consideration that Gamestop will only pay you half of what they charge for it after you sell it. So I probably would of only got $25 for the system.

I barely play the thing. It's been sitting in the basement, hooked up to a crappy TV we have, never been played in about +6 months. Just thought it would be something to sell and save up money for.

So basically I need assistance on a price check for this if I were to sell it on eBay or even post a [WTS] thread on here (which I'm doing first before I eBay it).

All the games I have looked up on eBay and Gamestop and Google Shopping, and get these results in which the used price ranges:

The system was bought the first year it came out, which of I forgot. So it's pretty old but runs great. No scratches or dents or any kind of marking on the shell. Has never been opened up to install anything. Plays games smoothly with no skipping. Never been dropped.

Would ANYONE happen to have ANY price range for all of this? I know I will not get over $100 for this, but even just $80-90 would be great. 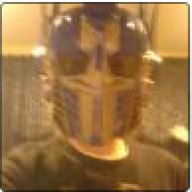 25 buck from gamestop would be generous...last i heard they were buying last gen consoles for

Gamestop doesn't take Xbox games I think. I tried trading some in but they said they don't take them. But maybe thats just the one down here. Good luck though!

Rock Raiyu said:
Gamestop doesn't take Xbox games I think. I tried trading some in but they said they don't take them. But maybe thats just the one down here. Good luck though!
Click to expand...

They still sell them used I think. They even have some on their website to buy for used.

Rock Raiyu said:
Gamestop doesn't take Xbox games I think. I tried trading some in but they said they don't take them. But maybe thats just the one down here. Good luck though!
Click to expand...

They still sell them used I think. They even have some on their website to buy for used.
Click to expand...

I think thats because they are trying to clear their stock. Since MS deceased service for it back in May(?).
M

Personally, for the money you're likely to get I wouldn't bother trying to sell the system now. I'd install a cheap mod-chip and run XBMC. It's a fantastic media centre, probably still better than the one included in the 360. Obviously if you're not playing the games then they might as well go on ebay, but considering the shipping costs for the whole system, I don't think it would be worth it. Unless shipping is a lot cheaper than in the UK for something that size...

may be a completely useless suggestion, but why not pick up like an arcade and then the Live starter pack that comes with a 60GB HDD.

I mean a aracde will set you back 200$ at first, and later when you raise up 100$ you can get that starter pack (this is sorta what i did when i got my first 360

It may sound like a lot, but to be honest, it isn't worth selling your xbox, i mean you might as well keep it.

ROM Hack Emulation Good Emulator for the 2001 XBOX? (That can run Rom Hacks as well, preferably.)

Other Platforms & Oldies Jun 23, 2021
Deleted User
D
L
Emulation At similar price (Series S and One X) getting one for mainly emulation