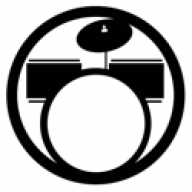 I was talking to 20clarky08 today. I showed him Visions on YouTube and he was like "FUCK!". I said, "Yeah, I'll beat it eventually. If I can beat Panic Attack/Painkiller, I can beat this."

After pizza and a movie, I started playing RB, horribly I should add. Not sure why

Either My drums were acting up and were dropping notes left, right and center (which was probably the case half the time) or I was sucking

Then I decided "Meh, I can't get much worse. Let try Visions!"

Best score yet for Painkiller, which is weird, I thought I was doing horrible

I think that's it for now. I'm painstakingly waiting for my USB Gecko to arrive so WiiGator can figure out my problem with Metal Gear Solid for the Gamecube. I'm a tester for the GC Loader and Metal Gear isn't working

So I have to wait for my USB Gecko to arrive to figure out why it's doing this.

M
Homebrew upgrading from Wii to Wii U [How-To]