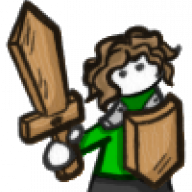 If they comeback next year, Im going again!

All Nintendo songs were awesome, Metal Gear too, Sonic

Green Hill kicked my ass. Kingdom Hearts too (even though they didn't had liscence to the footage of the game, it's was still cool) WoW part was pretty epic.

Zelda was cool too, and I liked the David Hayter voice acting at the begigning of both acts. Special Guest has blowned my mind like 18 times. (The japanese/chinese guy who did Super Mario World song with a blindfold on youtube.)

Beyond Good & Evil was cool too. Well im sure im forgetting some.

The Pictochat session before act. II was pretty fun, there were more /v/irgins and /b/tard that I tought in Montréal =P