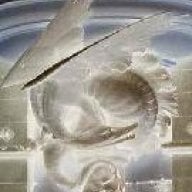 I have tried the following method on two Wiis, one a PAL and one NTSC. Both I started with system menu 3.4, installed the Homebrew Channel through the Twilight Hack, all the necessary WADs and IOS and cIOS files, downgraded to 3.2, installed some elements of Starfall (to play games of different regions for example especially) and then installed IOS249. For the PAL Wii, everything worked perfectly fine other than in the beginning one of the IOS wouldn't install (think it was IOS16) in the Custom WM so installing it through regular IOS installer worked fine as well and allowed me to proceed to installing the cIOS installer and everything else went well after. So I started playing games on the NTSC Wii, games of different regions, and everything was working completely fine at first. I copy some channels over to SD card and delete them to make room for one WiiWare game I just got and then suddenly two backed up PAL games which worked before do not work on the NTSC Wii but 3 backed up NTSC games do. Nothing else seemingly changed. I had actually tried also before copying and deleting channels on my PAL Wii and this had no effect like on NTSC Wii. I don't quite understand how or why this would happen or what I should do to make the PAL region games work again on the NTSC Wii? I have helped a number of people hack their own Wii and the NTSC Wii is technically not mine but never had this problem, but it is the only NTSC Wii I have tried. I run Backup Launcher gamma on IOS249 and have IOS36 v4.18. Should I just try preLoader 0.26 and RiskiiMod? Any help is much needed and appreciated!

NTSC video and color encoding on a PAL Wii

@ Psionic Roshambo: Species that could be older than the earth A moment ago
Chat 5