I've been trying to set up my vWii with a few emulators and have been running into some issues. I had set up a Wii with no problem using SNES9X GX with the cover flow mod, as well as VBA GX 2.2.5 V3 that came set up to use folders and cover flow. Both of these worked in this case, but when I tried to use the same setup for my vWii only the SNES9X version ran, while VBA GX 2.2.5 V3 freezes once it has loaded the scrolling folder view (GBA, GBC and GB folders) requiring a hard reset.

I can run the most recent VBA GX version downloaded through the Homebrew channel, but it doesnt display covers, let alone the nice coverflow mod. Is there an alternate way to do this, or would there be something wrong with my setup?

To run 2.2.5 V3 I've just been copying the apps folder files to my SD card overwriting what gets installed from HBC. This approach worked on my Wii, but not exactly as well with vWii. Any ideas? 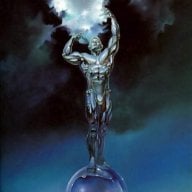 Why not update VBA GX / Visual Boy Advance to Version: 2.4.6? it's the latest
Reactions: SaulFabre
B

mrmagicm said:
Why not update VBA GX / Visual Boy Advance to Version: 2.4.6? it's the latest
Click to expand...

I believe that's the one available through the Homebrew Channel? My problem with that one is that it doesn't display covers, and doesn't use a cover flow mod. Are there ways to implement this in the most recent version?
Reactions: SaulFabre
B

In case anyone runs into the same thing I did, I found that version 2.4.0 worked well, covers can be displayed properly, however it doesn't have the scrolling cover mod. Good enough!
Reactions: SaulFabre

USB LOADER GX: How to Run Nintendont from SD, but Keep My Wii Titles on a USB

@ KenniesNewName: Cool shit got all my bulbs swapped out with wifi ones now A moment ago
Chat 1