Was reading how Nintendo freaked out about making kids eyes go wonky and toned down the 3D effect range in later games. Compare OOT with MM and you'll see quite a difference even though they run on the same engine. Look at Pilotwings and you'll see how crazy it can really go to increase the immersion. Earlier titles generally went wild with it and that lends credence to the idea it was intentionally reigned in.

Got me thinking that seeing as this is the best feature and the slider controls if there must be a value variable in there that we can manually tweak the range of for stronger effect.

@Hazerou what do you think as I've read your thread about upping the framerate and that makes an immense difference. Adding this would just take it to the next level as it definitely seems like Nintendo forced a limited range.

Has anyone had a play around with this? If so what did you find? In theory it should be quite easy to find the variable which controls 3D and patch in an extended range without breaking the game.
Reactions: Jokey_Carrot 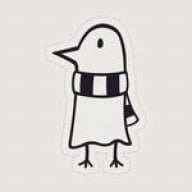 there was a thread somewhere here with cheats that added 3d to games that didn't have it, and a handful of them included cheats that specifically set the depth of the 3d effect. I didn't check it out that much but I think it included how the cheats worked and I wouldn't be surprised if there were depth cheats for games that already had 3d incorporated

edit: apparently what the cheats do is just telling the console the 3d slider is on, and by how much. here's the thread (linking page two because that's where most of the findings are) https://gbatemp.net/threads/adding-stereoscopic-3d-to-games-that-dont-have-it.577194/page-2
Reactions: ital

@NanashiFinal13 has some interesting posts in this thread on a related topic:

NanashiFinal13 said:
I do not know if this will count as necrobump, but i found some interesting codes, its releated to @elk1007 question, about if was possible to disable the 2nd image on 3D capable games and getting that sharp effect by enabling parallax barrier but not 3D (depth) effect. (Like on Snesx9 emu on the 3DS, plus it makes the the screen a little more brighter). Its also related to @Hazerou codes to increase the depth effect on games.
I been doing a little research, trying to enable/disable 3D effect on some games (some games run pretty horrible with the 3D, like AOT Humanity on Chains) and found out a way to disable the 2nd image on some 3D capable games and still getting that sharp effect. (This do not improve the performance of the after mentioned title, AOT HC). At the same time, you can also modify the value of the code to increase the depth of the 3D, instead of disable the depth effect.
I will just post it here, if anyone is interested on trying them. (All of them were tested on a N3DS)
Click to expand...

As does @Hazerou so this has definitely been looked into before:


Hazerou said:
Found another 3D Depth Options codes.
Just be careful when using these. It might affect your Precious Eyes.
Click to expand...

*edit* @PercyRS mentioned the same thread as I was posting, great minds!