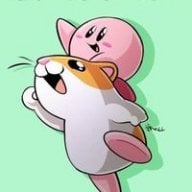 I've seen many people from GBAtemp and Reddit having the same issue as me. I've also watched many YouTube videos which suppossedly gave a solution. Neither of those options worked for me.

The issue is:
When I enter USB Loader GX the games will appear (As usual), but when I want to play them a black screen will appear for a few seconds and then it sends me back to wherever I opened it from (Either the Wii Menu or Homebrew Launcher).
I've already tried downloading the loader again, downloading the games from another place, changing the game IOS from GLOBAL to either 249 and 250, changing the loader IOS from GLOBAL to either 249 or 250, using d2x cIOS installer on 249 and 250, using another USB, using another SD card, and even using another loader* but neither worked.

It's the first time it happens to me and I don't know what to do, and the lack of answers makes it worse.


*I tried Configurable USB Loader, but it gives me an error about config.txt not being on the mass storage device despite it being there in both the SD and USB.

Make sure your hdd is formatted as fat32

Sorry for the very late reply, but a few days after I did the post it magically started working for some magical reason.