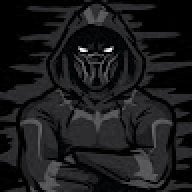 I've been having my wii modded for a while now but just recently, I was able to get a new usb flash drive with 1TB of space so that I could finally play more games. After formatting the drive to FAT32 with "guiformat" and then WBFS using the WBFS Manager 4.0 I transferred all the games from my previous usb to the new one along with more games from Vimm's Lair. But when I launched USB Loader GX on my Wii, there were 3 games that didn't work. When you click on them its just black before you start the game unlike other games when you click on them, they have their little mini video showing what game your playing. WHen you try to start the game with the black screen, it takes me back to the main wii menu. So I decided to redownload every game I had by scratch but was still having the same issue. The games that had a black screen before were now there but the black screen just transferred to other games and I wouldnt be able to play them. I asked my friend if he had this problem but he did not and can run 100 games with no problem. I have noticed that every time I pass 21 games, I start to have this issue and have tried fixing my IOS with dx2 and forcing NTSC, changing laguages and everything, but nothing will work. Is my usb the problem or is something else wrong? I have even redownloaded usb loader gx many times and when I checked my sd card, on the bnr files, the games that work have one but the ones that dont are nohwere to be found and i couldnt find a place to download them so I dont know if thats the problem. I have also tried it on WiiFlow and have the same problem. There is no short video to show the game your playing and when you launch the game it goes black and returns you to the wii menu or hombrew channel. Someone please help me.

games that do not start, are they not corrupted?

Can you post a syscheck report, please (link in my signature)

some games need base 57 or 37 or 38 to be able to play (need to change CIOS in game settings to run)
Reactions: Alexander1970 and XFlak

games that do not start, are they not corrupted?

Can you post a syscheck report, please (link in my signature)

I don't think so. I have redownloaded it and still has the same issue. But here is my syscheck report:

Test with other loaders (wiiflow and Configurable loader v70), you will make your own opinion.

It may come from your USB key

In general you have better results with an external hard drive, compared to a USB key (look on the forum)