HELLO ! Forgive me , I have been trying to solve this problem all week and cannot find a solution.

The only controller that seems to work with Gamecube games on USB Loader GX and Nintendont is the wiimote and nunchuck.

I have a knock off Gamecube Wii U adapter by Pdobq which does nothing. I have downloaded the HID-test and the numbers fluctuate wildly. Namely the first, and the forth through ninth number in the Pos flip between several different numbers. The adapter works great on my Switch. I’m assuming it works for Smash Wii U but I have not had a chance to test it. (smash wants to update and i have disabled the wii u from updating)

My Wii U Pro controller does nothing. I have tried going into vWii and turning it on and then loading into ULGX but it does nothing.

The Wiimote + Nunchuck repeatedly presses a button over and over on it’s own. I think it is Z or L Trigger or R Trigger. In Super Smash Bros Melee the character will repeatedly shield. In Wario World, Wario keeps opening his mouth and sucking in.

I have ordered a Mayflash Gamecube Controller Wiimote Adapter as I assume that if the wiimote and nunchuck works the classic controller would also work. Crossing my fingers that it works with no headache.

I have tried to set up both the GC Controller plugged into the Wii U adapter and the Wii U pro controller in HID to Vpad and they do not work.

I tried the PS4 Hori Pad 4 and it did nothing.

I do not know where to go from here. Have I not downloaded the right .ini s ? Do I have to make my own?

Please help me wise ones!
A

Does your GameCube adapter for Wii U have 2 usbs that get plugged in, or is it just 1? If its the latter, you may need a different one because the Wii U's USB ports supply very little power. It would need to have 2 in order to provide the adapter with sufficient power. GameCube adapters usually work with Nintendont, at least they have when I used them. 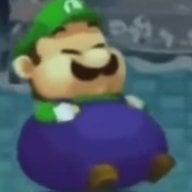 I have had this problem before. Any controllers such as wii pro controller, nunchuck, etc. They must all be connected to an OFFICIAL Wii Controller. You should also check your settings to see if native control is on. That setting is supposed to check for connected gamecube controllers via adapter.

@ KennieDaMeanie: https://youtu.be/9pbJUn2y6Aw Even Gordon Ramsay's been replaced by airfryers 22 minutes ago
Chat 1