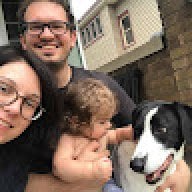 Every time I open a Wii backup with USB Loader GX in the vWii, it crashes and I have to hard power cycle the Wii U. I have followed the suggestions in every forum post I've found, and nothing is working. I've reinstalled cIOS several times with several versions; I've verified that the USB stick I'm using is compatible; patched IOS 80; started the whole process over from the beginning; tried booting from 249-251 in USBLGX. I have no idea what more I can do and I'm incredibly frustrated. Gamecube, Wii U, and WAD Wiiware backups work fine. I've tried using the USB stick that works on my modded Wii on my Wii U and it still doesn't boot, so it's something with the Wii U.

If anyone has any ideas, I'd really appreciate it. Thanks.

key is usb stick. don't use them. the wii u doesn't supply enough power for power and data, so it has major issues with flash drives. use an hdd with a y cable or a powered drive. that is most likely your issue.

Get yourself an external hard drive with a Y cable or AC power and you'll be fine.

a lot of people use USB keys on the wii U and they happen to have black screens with the wii U, hence the solution is to use an external hard drive.

the wii u does not provide enough current to power a single port with the USB key, so by using an external hard drive with a Y cable, the problem is solved