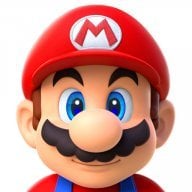 Ive upgraded from a 8gb to 32gb, i plugged in the old usb drive but games dont show. Is there a way to transfer this easily?

i don't understand what you're saying but you want to use your USB games from your old Wii U on a new one? if so then it's not as simple as just plugging in the usb into the new Wii U. The Wii U does have an option to transfer stuff between 2 consoles but i'll assume your games aren't legit so that's out of the question.

Hacking How do I use an external hard drive that was for Wii U, on my PC again?

@ gudenau: That feeling when someone tells you to put a 4 char string into your text renderer to test it... 20 minutes ago
Chat 1