Homebrew US games display in Japanese on Japanese DSiLL 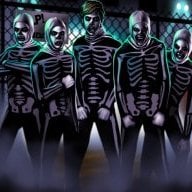 Trying to play my North American Yugioh World Championship 2008 cart on a Japanese DSiLL but all the
text turns in to Japanese. Anyway to prevent it from doing that? No in game menu options for
language exist.
N

Sounds as if the game relies on the language setting in the console's system menu. The original NDS firmware did allow to select several languages, but the DSi firmware is more restrictive, for example US/DSi supports only 3 languages, and Australian DSi supports only one language.
For details, see http://ngemu.com/threads/dsi-regions.166777/

For japanese (and chinese and korean) DSi's it's still unknown which languages (and which countries) are being supported. Would be great if you could help on solving that question for japanese DSi's, ie. go to System Settings, and check if there are any Language or Country option(s). Or, if you aren't speaking japanese, could you make photos of the four screens in System Settings, so somebody else could translate them?

Anyways, I would be afraid that japanese DSi supports only japanese (at least, it's so on japanese 3DS). So then, you couldn't do much about it (aside from doing hacks, like patching the game, or if you have a flashcart with bootmenu, patching the bootmenu to force english before starting the game).
Last edited by nocash123, Mar 14, 2017

Not officially. Only the DS and DS Lite shared the six common languages across USA, Europe, and Japan. Chinese and Korean systems each replaced one of them to fit their own.

The way DSi and 3DS work is rather lame, I have to admit. It restricts the use of languages they don't support, from being accessible to existing DS games sold in the very same country.

Other games removed or disabled perfectly fine translations for similar reasons. You have to cheat to play games like Advance Wars Days of Ruin in German and Italian with US carts (its unreleased at the time JPN mode was locked out for Europe too).
Last edited by Lumstar, Mar 14, 2017

The DSiLL doesn't have a language option in the system setting. It is unfortunate because the DSiLL has and IPS screen so the games look really beautiful on there.
I guess ill just have to use a flash cart and force the language on there.

B
Wii U Japanese dilemma

ROM Hack Transferring save from JPN to US game

@ kenenthk: That's odd got a milkshake that didn't taste like soup from McDonald's for once 5 minutes ago
Chat 3