Hacking Updating games that got installed through FBI 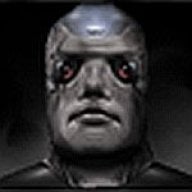 Hi I have few so called ".cia games" installed and I can't find any updates for them to play on Multiplayer.
The only way to update them is for me is through eShop, and since I'm a bit of a noob I'm afraid that I will get my 3DS banned.
So, here's the question: If I update my .cia game through eShop, will I get banned?

You can update through eShop, it's fine

It's been asked WELL OVER 100 times already so far, so use the search next time, but for definitive answer, here:
- If game is same region as both system and NNID, then you can update just fine through the eshop
- If game is different region than either the system or the NNID, then eshop will either fail instantly or go to 99% then get stuck and eventually fail, so you have to find the update CIA online on whatever site you get your game CIAs from and install that
- If 3DS has been region-changed, treat all games as out-of-region, so always use update CIAs and never the CDN (eshop)

And on top of all that, note that if you have DLC for some apps or games that are pirated, accessing the CDN in any way with the NNID may delete the tickets for ALL DLC of that title (even legit ones since they are kept on the same file basically and it blanks the file). This is on a game by game basis though, most games are fine, but things like SwapDoodle DLCs get deleted for example.
Reactions: eqagunn, TurdPooCharger and Quantumcat

not likely, but the eshop download will have to be for the same region or else it will keep nagging you that there's an update. it's kinda a pita when it comes to region free, 'cause I think they still fall under that restriction.

@ NeoGaming: so you like beyblade then right A moment ago
Chat 4