Log in Register
Menu
Install the app
You are using an out of date browser. It may not display this or other websites correctly.
You should upgrade or use an alternative browser.
Front-page Gaming  Updated 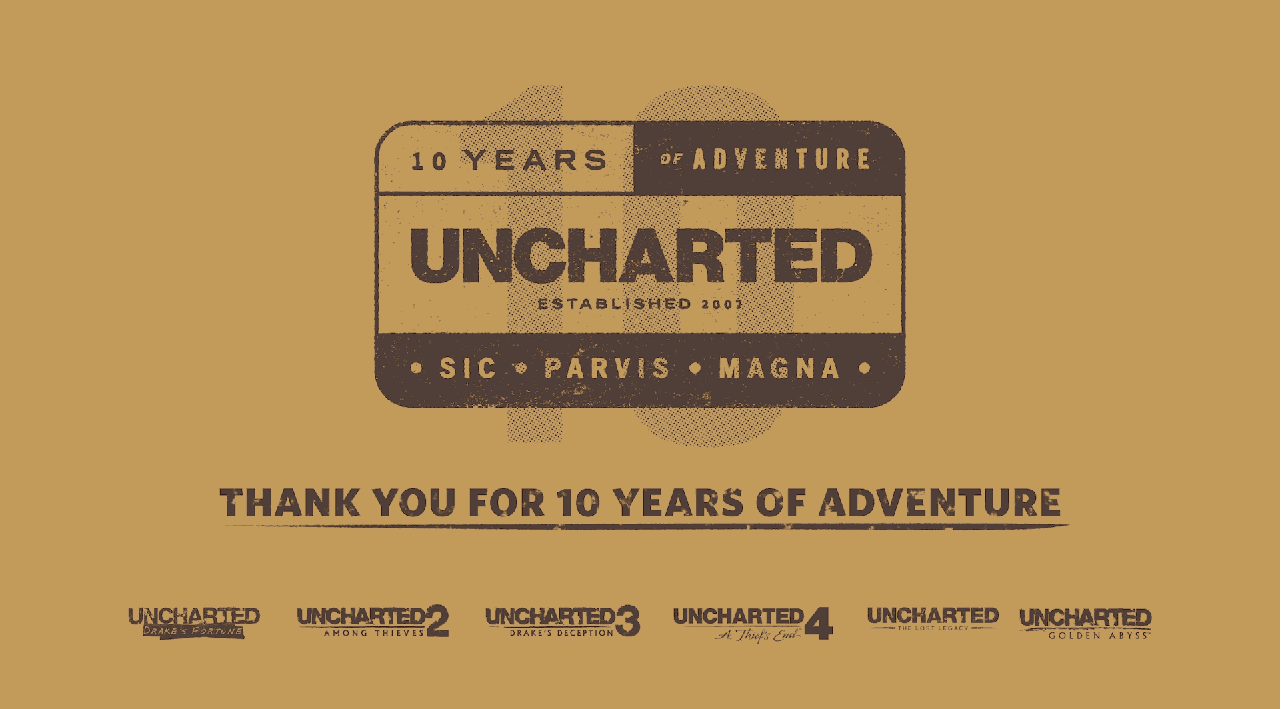 November 19 2007, Uncharted, Drake's Fortune was developed by Naughty Dog and released for Playstation 3 home console. Since then, the game has introduced 3 sequels in the main series and spinoff games as well and all remain exclusive to the playstation brand. These games are action, shooting, platforming adventure based game.

This upcoming December during the Playstation Experience, there will be an event celebrating the 10 year anniversary. But that's not all, players at home get some goodies too. There will be a new Uncharted 10th anniversary theme and avatar available for download to your playstation 4 as well as discounts for the games this week on playstation store. Also for the fans still playing the multiplayer game included in both Uncharted 4 and Lost Legacy will also get celebratory swag available until December 19.

Join us as we take a look back with a new video above that revisits some of the most beloved moments from Uncharted: Drake’s Fortune through Uncharted: The Lost Legacy.

We’ve also teamed up with PlayStation to create and release a new Uncharted 10th Anniversary PS4 system theme and profile avatar, which will be available for free for 48 hours — from Sunday, November 19 at 8:00 AM Pacific until 8:00 AM Pacific, Tuesday, November 21. During this period, other select Uncharted PS4 system themes and avatars will also be free. Visit the PlayStation Store and look for an “Uncharted 10th Anniversary Bundle.” Don’t miss it.

For our multiplayer fans, from today until December 19, we’re giving away an Uncharted 10th Anniversary character skin bundle in Uncharted 4 and Uncharted: The Lost Legacy multiplayer, which includes some classic skins for Nate, Elena, and Sully. We’re also hosting a 50% off sale on all Uncharted Point and Relic items until December 19.
Click to expand...

NOTE: Sorry about the late news for the limited time free content.

The series tells the story of a charismatic explorer and treasure hunter named Nathan "Nate" Drake, supposedly a descendant of Sir Francis Drake the explorer, who travels the world in search of great treasures only to unearth historical mysteries. From the Amazon in South America to the snow-capped mountains of Tibet, the deserts of Rub' al Khali to the actual "Uncharted" waters near Madagascar in the indian ocean, there is no where he wouldn't go for treasure, fortune, or even glory.

Of course he didn't do this all on his own, on his first adventure setting out to find the lost city of El dorado , Nate had help from his mentor Victor "Sully" Sullivan a navy friend of his he met in the past and a journalist Elena Fisher who was determined to help Nate in order to discover the truth even at the cost of her life. But like any treasure, no one person is gonna let someone else try and take it from them. Rival groups like pirates and mercenaries try to stop them and reap the rewards themselves. Gabriel Roman another treasure hunter who is after the treasure as well along with Eddy Raja, a leader of rebel pirates and old enemy of Drake is working for and Atoq Navarro who happens to be a Archaeologist are out to get the fortune as well. Even with all odds stacked against them, Drake and his companions succeeds with the fortune and enjoys a well earned break.

There is many more stories available to play that tell the tales of Nathan Drake in greater detail. The game is critically acclaimed and praised for their high production values, quality in storytelling, character design and animation, voice acting, realistic graphics, technical innovation, music score, gameplay mechanics, and delivering an enjoyably cinematic gaming experience to players. The game does a good job at making the player feel like they are on a life changing adventure. On the voyages, the player helps Drake and company solve puzzles to progress, learn more about Drake's history, find treasure, shake off other competitive and rival treasure hunters, enjoy witty and lighthearted conversations between the characters and always succeeds with all odds stacked against him with some help and a lot of luck.

If you wish to play these games, owners of the Playstation 4 home console will be able to find
Sadly Uncharted, Golden Abyss which is a alternative story set before the events of the first game in the series, remains exclusive to Playstation vita at time of writing. Nonetheless, if you own a Playstation 4 system, you can try these games. If you have played this, leave a comment below telling us your thoughts. Which game was your favorite? What are your memorable parts? Would you like to see more?

SOURCE that mentions the playstation celebration thanks to @azoreseuropa
Last edited by Sonic Angel Knight, Dec 11, 2017
Reactions: Essometer, spotanjo3, rileysrjay and 1 other person
Click to expand...

2007 was 10 years ago? Holy shit.
Reactions: fedehda and Spectral Blizzard

Such a great series of games and characters. I hope they revisit the universe in a good few years time.

Ten years already, dang. I've played every main uncharted game, and the Vita one (currently playing through lost legacy). Each game has been amazing in their own right. I started playing lost legacy a couple days ago since I had it sitting on my PS4 and I had never gotten around to play it. It's still a good game, but without Drake wisecracking all the time it just doesn't feel the same. I hope Nathan Drake gets some more time in the spotlight again, but I doubt it will be happening for a while. 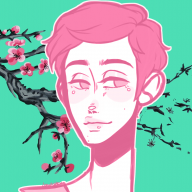 Loved those games. Hope they will release other game due to an anniversary.

azoreseuropa said:
Loved those games. Hope they will release other game due to an anniversary.

Source for what?
D

Sonic Angel Knight said:
Source for what?
Click to expand...

Seriously, what else can you say? It's been 10 years, that's for sure.
Reactions: shaunj66 and Sonic Angel Knight

Sonic Angel Knight said:
Source for what?
Click to expand...

Never mind. Found the source for this information.

azoreseuropa said:
Never mind. Found the source for this information.
Click to expand...

Did you want a link for the image?

Sonic Angel Knight said:
Did you want a link for the image?
Click to expand...

Sorry about the confusion. I mean source news.. Ok.. Here:

Your link Source Provides extra information I was not aware of and will add the information to the post. Thank you. The purpose of this post was celebrating the 10 year anniversary of this series that I wrote with my own words (Before the edit) and not copy and paste. Therefore providing a source wasn't fitting as I didn't directly copy any information regarding the 10 year anniversary of it but since you was able to bring extra info to my attention, I will provide it on your behalf.
Reactions: spotanjo3

Sonic Angel Knight said:
Your link Source Provides extra information I was not aware of and will add the information to the post. Thank you. The purpose of this post was celebrating the 10 year anniversary of this series that I wrote with my own words (Before the edit) and not copy and paste. Therefore providing a source wasn't fitting as I didn't directly copy any information regarding the 10 year anniversary of it but since you was able to bring extra info to my attention, I will provide it on your behalf.
Click to expand... 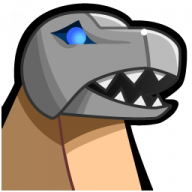 Too late for the free theme and goodies 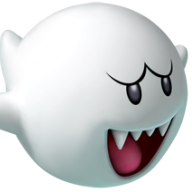 Uncharted 2 remains as the best game in the series. The sequels were good, but never able to top Among Thieves.

hooray for dull bland cover based shooters with above average graphx. 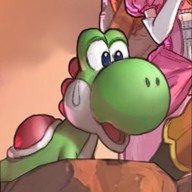 Golden Abyss is a good game. You feel the work they put on it untill the last chapters where it seems they programmed it against time or else, cuz' suddenly all scenaries and platforms loses all it's charm. 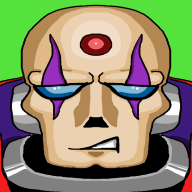 Essometer said:
Uncharted 2 remains as the best game in the series. The sequels were good, but never able to top Among Thieves.
Click to expand...

PlayStation Plus games for April 2020 include Uncharted 4 and Dirt Rally 2.0

Certain Danganronpa games to be de-listed from the PlayStation Store