Hacking Unable to start software. Return to the HOME Menu and try again. 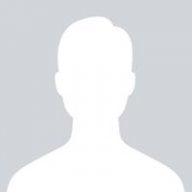 [SOLVED] Solution at the end.

Something very weird is happening. I was playing Super Mario Odyssey, and it worked flawlessly for a long time, then when I'm about to beat the game, the image and sound freezes, but since I could still use the Switch menu, I closed the software after a minute. Soon after, Nintendo gave an error saying that the file is corrupted, and prompted to run a check, and it confirmed that the file was corruputed. Then, the game simply didn't launch anymore, giving the error "Unable to start the software. Return to the HOME Menu and try again."

With this I did the following steps:
1) Redownload the game using TinFoil
2) Reinstalled the very same .xci file I had stored on an HD (using the SX OS default installer on album)
3) Rebooted the Switch (for some reason, on my device it takes ages, and a lot of trying to get it on after a reboot, but this also didn't help)
4) Tried installing only the base game, and downgrading the required version to boot up
5) Downloaded a brand new file, this time in .nsp format
6) Tried installing the game on Nand instead of SD Card
7) Tried deleting the Tickets for the game on Tinfoil
8) Tried launching the game after deleting the save file and also on a brand new profile

I did all those steps just after getting the first crash on the game, so I haven't updated nor installed anything new that could mess up that game. I'm really bugged as to why the console seem to have blacklisted that game or something. I installed a different game after this and it worked fine. I'm not sure if it could be a SD Card problem (even if I install it on Nand, maybe some files of the game still goes on the SD?). But even if it is the case, it's weird that I can install other games fine, but Mario Odyssey simply won't work anymore.

What did the trick, was turning off the console, then launching it up holding VOL+ plus Power. Then just choosing to boot SX OS in custom firmware. Apparently just getting into this menu cleared up some cache files or something like that, that was messing up with the game.
Last edited by everton1985a, Mar 16, 2021
Reactions: petspeed
N

I have the same problem with Monster Hunter Stories 2 Demo, ive been playing for a while just fine but suddenly doesnt work anymore, showing the same error that you posted. I tried the solution at the end but no luck for me D:
P

Same problem
==Your method does NOT work for me==
This only started happening after I updated to sx os 3.1.0 and firmware 11.0.0
Installing or running the XCI game both do NOT run the game...

What I find working was only with an ext HD
1) install the game to switch with Tinfoil
2) Running the game from switch will not work, HOWEVER
3) Run the game via USB drive (load cartridge / XCI) will now run the game..

That is the only workaround I have found

Hacking Question Pinball FX3: "Could not start the software..."

B
Gaming unable to start the software return to The home