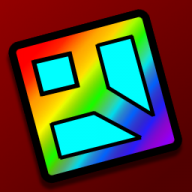 Thank you! (Sorry for the essay, I just wanted to give the most info possible so there's no confusion. ^^")

Do you prefer Bedrock or Java Minecraft?