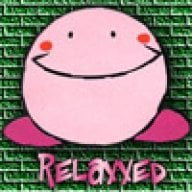 First I have to say that I'm really new to wii-homebrew stuff. So it could be that I'm just too noob to get it to work...

My question is how to get DLC stuff to work on uLoader 5.0 via NAND emulation?
I've installed the DLC on my USB-HDD and uLoader installed it without any problems, but it won't show up in Band Hero. The game itself is PAL - the DLC is PAL, too (GHWT/GH5 DLC).
Could it be a problem that I have no internet access on my Wii? - Means, that I've never been online with my Wii before.

If it's not possible to get the DLC to work with uLoader 5.0 it would be great if anyone could explain me how to get it installed and ready-to-play some other way.

@ ChrisOwl: Thank you linuxares! Funny, my sxos/emunand/ folder have nothing there lol, I will try to follow... 24 minutes ago
Chat 2