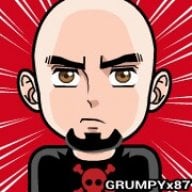 I have a phat 60 gig ps3, well i bought thie new twisted metal game in march, i was playing the game for an hour and then my ps3 shut off with the red light flashing, so basically my ps3 thinks it has the ylod lol even though it doesnt, for some reason this problem only happens with this game, it happens randomly.. I could be playing hours and hours with a different game and nothing happens,

I havent play this game in two months, so my questions is has sony fix that problem??

Turn off caps lock. If you have the old 60 gb model, chances are you have a lot of dust accumulated within the system. Similar issues were happening when I would play Saints Row 3 on my old phat model. I had to buy a can of compressed air to blow out all the dust. A LOT of dust came out. Did you buy your PS3 new or used?

GUYS, WHY ARE WE SHOUTING?!
Reactions: 1 person

From the forum rules:

Please make the topic title you are creating descriptive, clearly reflecting the topic you are addressing. Do not make generic titles such as "Question", "I need help", or in full capitals, with an obscene amount of periods, exclamation marks, question marks, etc. These topics will probably go unnoticed, whereas a topic with a descriptive title will gain more interest.
Click to expand...

bought it used 2 years ago, it had the ylod but got it fix in some repair shop with a reball method.. i clean the inside of my ps3 every six months, by the way i aint the only one with this problem.

Well afaik, the YLOD is due to overheating, so obviously something is wrong. If you say you clean the inside of your PS3 every few months, It HAS to be something else that is problematic. Fucked up heatsink maybe? 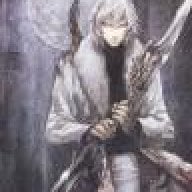 Its already been fixed for ylod so im not surprised its happened again. I dont care if its been reballed before, as long as the solder doesnt contain any lead, its probably going to happen again. Lead-free solder sucks and once its breaks down, most likely it'll happen again unless you keep it clean (more like 1-2 months) and keep it COOL! So no its not the game. Buy a NEW ps3.

The "repair" shop probably "fixed" it just with a hot air blower. Most shops do that to get cheap money, and don't do a proper fix.

N
Hardware PS3 Super Slim Turns itself off, I need your help guys! Before I go crazy...