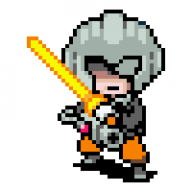 First, I have the US Version of Zelda TP and I could only put one (VC) game with the Twilight Hack, and it's Super Smash Bros 64.
I followed many tutorials to make it work, but when I put another VC game, like Ocarina of Time, in my Wii after using the Twilight Hack, this message appears:

"This Channel can't be used" then it freezes.

If I put another different game, it freezes too. All I am asking is a way to fix it OR a .zip or .rar file that contains all I need to make in sort the games work.
Thanks for those who will (probably...) help me.

...What are injected Channels? Sorry if I am that much of a n00b...
I forgot to say, I downloaded .wad games from Torrents, is there a better place to get VC Games? 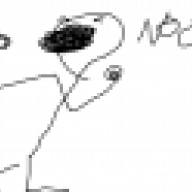 Make sure the VC games are the right region (same as your console), make sure you have enough space on your Wii, and maybe redownload the WAD files from a different source?

Ocarina shouldnt be an injected channel because it's available from the Wii store, super smash is definately injected though, so I find this strange...

A different source you say? I found Wii-Isos like 5 minutes ago, is it a good source? Do you know any good source? God I hate being so ignorant..

I tried another source, but it still shows me the same ****ing message...
I really don't know how to fix this problem. Isn't there any download link that has a fully prepared SD card folder, like all what you need for the hack? (American files). How come it doesn't work and it works for everyone else?!

Do what muhsheesuh suggested, ensure that the channels are the same region as your Wii.

Did you download the Super Smash Bros. channel or did you inject it yourself?

Nice a very quick reply, I downloaded it, it was already in the torrent that I downloaded. And yes, it shows the Sin & Punishment Logo. But it works very well.

Another Double-Post, I hate Look-And-Leavers...

Anyway, I tried the wads on another Wii, and it still doesn't freaking work! It's so annoying and I want it to work >_>. I don't get how come it doesn't work! Also, if I delete the Smash Channel, will I be able to put it back later, or it will do "This Channel can't be used."? And if I put it out, will the other games work? Like if it was the problematic file. Anyway I hope someone helps and doesn't let me down.

EDIT: I removed the Smash Channel with Wad Uninstaller and it still doesn't work for Ocarina and the other games! I just don't get how people manage to make it work!