Hacking Trying to inject Pokemon Stadium and its doing my head in... 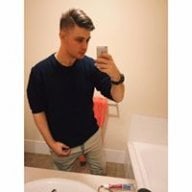 I've spent hours upon hours on this and I've decided to give up and just make a post. In my quest to learn more about Wii U hacking and injecting, I'm trying to get Pokemon Stadium running, so I can install it via WUP Installer GX2.

So I'm on the N64 compatibility guide, located here: https://wiki.gbatemp.net/wiki/WiiU_VC_N64_inject_compatibility_list -- As you can see Pokemon Stadium is one of the "Playable" green games.

I've downloaded a US rom of Pokemon Stadium and made sure its in .z64 format.

If you notice on the compatibility list it says that I need to inject it into Donkey Kong 64 (US). So I've gone onto Wii U USB Helper, set my region to US and downloaded the VC of Donkey Kong 64. I've then right clicked on the title and converted it to Loadiine, so I have the 3 folders (meta, content, code). So I now have my base file ready to go for the injection.

Inside "\Injectiine v1.23\Files\" I've placed the Pokemon Stadium .z64 rom file, bootTvTex.png and iconTex.png. I've also created a Base folder and put inside the meta, content and code folders for Donkey Kong 64.

- I've fired up Injectiine v1.23 and selected N64 when asked what console.

- I've selected "Base supplied from files" when asked which base I want to use.

- I've then filled out the following settings (Refer to attached image below). 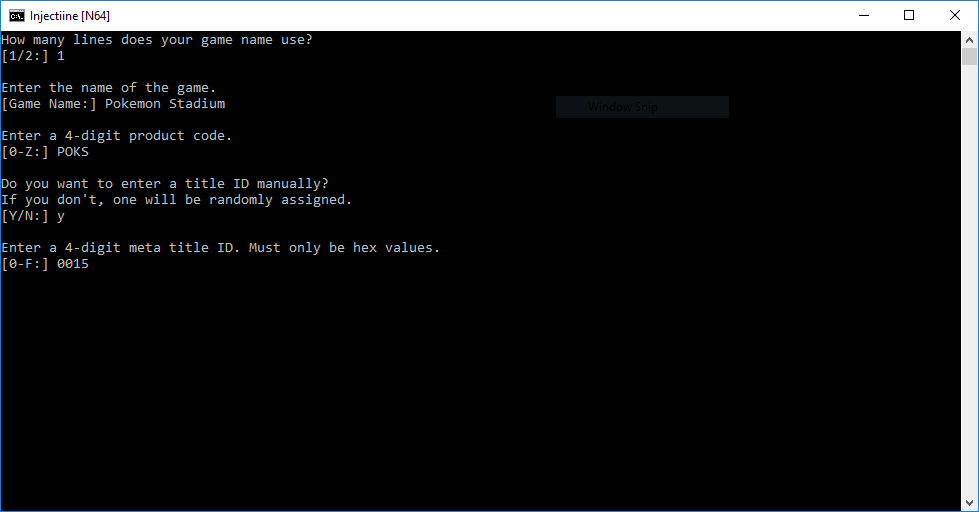 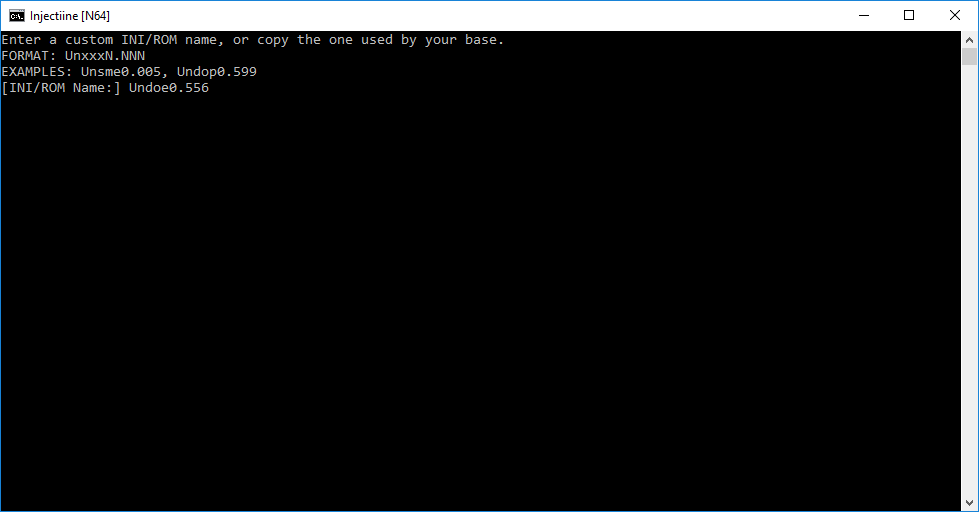 Its now when I get to this screen (refer to image below), where I don't exactly know what to do. The compatibility website says "By Nintendo" for Pokemon Stadium and I don't know what config ini file that exactly is. However I've tried both option 3 and option 7. They both have the same end result. 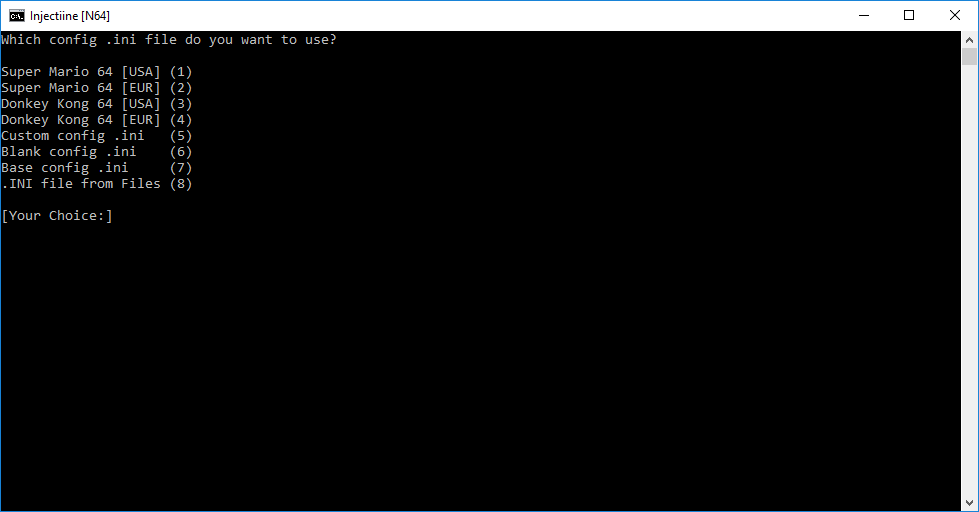 Eventually it asks me if I want to use NUSPacker to create files compatible with WUD Installer GX 2. So I go ahead and do that. It then creates the standard .app and .h3 files. I put them on my SD card inside the install file and boot up WUD Installer GX 2, just like I would with anything else. Finally I install it to my USB drive and everything works perfectly.

I launch the game, intro works fine, everything seems normal. I get to the game start menu and I enter into the stadium. Then it just crashes with a white screen and I have to hard reset my Wii U.

What am I doing wrong? There are heaps of tutorials for getting this working on Loadiine, even YouTube videos. But I don't want to use Loadiine, this is a complete deal breaker. If the game cant work with WUD Installer GX 2 then I won't worry about it and I'll move on. But any ideas?

dont inject anything into dk64 it says dk64 becuase its waht i was tested, the best overal emulator version to inject stuff is F zero X.

injectine is also broken for n64 last i heard you cant add a custom ini and so on, i made tham all step by step before injectine became a thing.

when you see by nintendo is becuase its included on the future releases, get an f zerox VC, dump it and decrypt it, then go into inis and you will see alot of inis there for games they didnt even released already made by nintendo.
Last edited by pedro702, Sep 26, 2018

Hacking How do I create backups of Wii game injects?

tempBOT: TheNintendoEnthusiast has left the room. 7 minutes ago
Chat 2