Trump on Sessions: 'I don't have an attorney general' 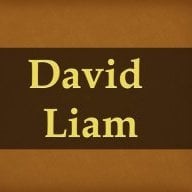 ​
US President Donald Trump has said he does not "have an attorney general" in his fiercest attack yet on Jeff Sessions.

In an interview with Hill.TV, Mr Trump renewed criticism of Mr Sessions' decision to step aside from the inquiry into alleged Russian interference in the 2016 election.

He also said he was unhappy with Mr Sessions' response to immigration.

The attorney general is yet to respond to Mr Trump's comments.

It is unusual for a sitting president to attack their attorney general and critics accuse Mr Trump of trying to meddle in the legal system.

After the president criticised Mr Sessions last month, two key Republican senators signalled that they would support Mr Trump if he were to fire Mr Sessions after the November mid-term elections.

However, other Republicans told Politico they thought this would be a bad move and said they were standing by the attorney general.

Mr Sessions has pushed back against previous criticism by Mr Trump. "While I am attorney general, the actions of the Department of Justice will not be improperly influenced by political considerations," he said in August.

"I demand the highest standards, and where they are not met, I take action."

But he left the Russia investigation - which is reportedly looking into whether Mr Trump attempted to obstruct justice - in 2017, citing a potential conflict of interest, and handed control to his deputy, Rod Rosenstein.

The president insists there was no collusion between his campaign and the Russian government, and denies he has attempted to obstruct justice.

What has Mr Trump said this time?

"I don't have an attorney general. It's very sad," Mr Trump said during Tuesday's interview.

He added that he was "very disappointed" about Mr Sessions' decision to leave the investigation.

Asked whether he would consider firing Mr Sessions, the president responded: "We'll see what happens. A lot of people have asked me to do that.

"And I guess I study history, and I say I just want to leave things alone, but it was very unfair what he did [in recusing himself from the Russia investigation]."

Mr Trump also told Hill.TV that he was "not happy" with Mr Sessions on immigration and other issues, and said the attorney general had performed "very poorly" during the nomination process for the post.

"I mean, he was mixed up and confused, and people that worked with him for, you know, a long time in the Senate were not nice to him, but he was giving very confusing answers," he said.

"Answers that should have been easily answered. And that was a rough time for him."
Reactions: CallmeBerto

If you are going to copy and paste without sourcing (in this case https://www.bbc.co.uk/news/world-us-canada-45577781 ) then threads get to be closed.

Do some of your own analysis, source the thing and we will be good.
Reactions: CallmeBerto and Subtle Demise

What if it's Trump OR the republican party?