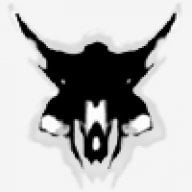 I hacked my with with bannerbomb last sunday. Installed The HBC, all the IOS... Followed every step shown on this topic: (http://gbatemp.net/index.php?showtopic=171901).

After that I tried a couple of backup loaders. Did a little bit of a mess thinking Gecko OS was on, than tried a old version of NeoGamma. Now I´m loading backup discs through a NeoGamma channel I found in another topic.

Well, I have now 5 backup discs. SSBB, Grand Slam Tennis, Mario Party 8, NSPB and Wii Sports Resort. The first 3 worked just fine. A bit slow but fine. The last two don´t really load. NeoGamma tries but and up restarting at the System Menu first screen, the one with health warnings.

I think the problem with NSMB is that it is not patched. The ISO information when I downloaded said he had already been passed on WiiScrubber, but didn´t said anything about been patched. What is happening to WSR I don´t have a clue.

Besides that my original Medal of Honor: Heroes 2 disc isn´t loading any more. It freezes right at the controller image and stays there until I reset the console.

I really don´t know what is going on. I just recently came back to GBATemp to pick up with the news on hacking.

Can anyone help me?

Just tried that. NSMB and WSR didn't work. Didn't even loaded. An error occurred but I forgot to write it down. I'll do that tomorrow...

Trying again with IOS249 I noticed a quick green flash, like a green screen quickly showing on and off.

I have quite a few games that won't work. Just black screen of death. I have tried transferring them multiple times to rule out bad transfers. NSMBW works and Beatles Rockband, GH5 and a bunch of others but I also have a bunch that won't load.

I'll try to use use softchip with IOS222 or IOS223 and see where that gets me. I have not tried this method yet.

Just tried Wii Sports Resort with IOS223 (rev4). Same error as all the other games:

Digital1980 said:
I have quite a few games that won't work. Just black screen of death. I have tried transferring them multiple times to rule out bad transfers. NSMBW works and Beatles Rockband, GH5 and a bunch of others but I also have a bunch that won't load.
Click to expand...

@ Dark_Phoras: I know those moments 32 minutes ago
Chat 0