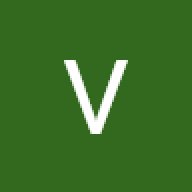 The only game released on all of PS1, PS2, PS3, Saturn, N64, GameCube and Wii was Rampage World Tour.

On Wii, GameCube and PS2 it is included in Rampage: Total Destruction as a bonus which can be played immediately without playing the main game. It's the full game, as is.
Last edited by HandsomeJack, Jan 11, 2022
Reactions: newo

optimum placement of files on the usb