Game Name: The Legend of Heroes Trails in the Sky the 3rd
Developer/Publisher: Falcom
Release: July 24, 2008
Genre: Turned based RPG


Right now there is no English translation on the PSP for Trails in the Sky 3rd but there is for the FC and SC. The game has already been fully English translated on the PC so there would be less effort involved on the actual translating end. There is also a PSVita version that has been patched to have the English translation (https://gbatemp.net/threads/release-trails-in-the-sky-the-3rd-evolution-english-patch.531268/) which can be used as a resource (seeing as how the already extracted the English script from the PC version). Trails to Zero and Trails to Azure have also been fan translated on the PSP so those could be used as a reference for hacking the Trails in the Sky 3rd iso. Once we're able to English patch Trails in the Sky 3rd for the PSP, doing an updated English patch (using the updated fan translation by Geofront or the upcoming official translation) for Trails to Zero and Trails to Azure shouldn't be too hard. Overall, it would be nice to have all 5 five Trails games on the PSP to be in English for people who want to get into the series but only want to play portably using their PSP or their phone (PPSSPP app).


English translation is already complete so it's just the technical side that needs to be worked on (just that actual switching of the script). If anyone is interested in this I'm ready to help in any way possible to get this done.

In terms of switching the script from the Japanese to the English, how would one do that?
Reactions: Dart32 and Tevinthemasta 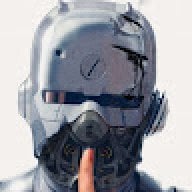 I am also interested in doing this with zero on kiseki
if someone with more knowledge can explain how this can be done, I would be grateful

J
Hacking Is Trails of the Sky voice patch possible for PSP?

J
Gaming Is Trails of the Sky voice patch possible for PSP?

@ AncientBoi: hmmmm... that is true A moment ago
Chat 5