I'm beginning to have screen issues with the top screen of my DS Lite. There are two issues that are likely connected. I'll do my best to explain them. These problems started about 5 days ago and appear to be color-related. The severity of the problems also seems to be connected to the shade of the color in question The touch screen looks fine and hasn't shown any sort of problems.

The 1st problem is a mild flickering of the screen. The flicker doesn't fill the entire screen unless only that color is being displayed. It happens primarily on the color blue, but it's been known to happen on other colors in a less pronounced way. It's not a very bright or annoying flicker and it diminishes a little after about 5 minutes of use. If you switch the screen or power off for a few minutes, it'll start flickering again. I should also mention that this flicker problem doesn't flash white or black, but merely increases and decreases the color's brightness. This problem isn't very noticeable or annoying at the moment, but I hope it doesn't get any worse. The best way I can describe this issue is by CRT flicker monitors. They had a very similar effect, especially on displaying certain shades of blue. The flicker rate about the same as well.

The 2nd problem is another color issue again only affecting the top screen and also to do with the color. This one is a bit more annoying Certain colors display as if they were being rendered with vertical scanlines through them. Here's an example of vertical scanlines:

Again, only certain colors are affected; primarily green. Yellow and red has also been known to do it as well, but green is the worst as it usually affects it regardless of the color's shade. The scanlines aren't pure black like the above picture, but take on a darker shade of the color it's displaying. I'll use this as an example (edited in a rush):

This is a Mario Galaxy theme I got for my R4's boot menu. I edited it the best I could. As you can see, the vertical scanlines are particularly pronounced in the green segments of the planet and the letters. On my DS, they don't show up on the blue parts, but they do on the yellow star.

This happens on every game and app. The severity of the issues are determined by the colors on screen and their brightness or darkness. Some colors don't have this issue when they are a particular shade, and some of the problems are more noticeable in lighter or darker shades depending upon the color. White and black don't have flickering or scanline issues.

I've explained this as thoroughly as I could, but i'll try to provide more information if needed. These problems are little more than a nuisance and are something i'd quickly get used to. My main concern, however, is if my top screen is beginning to die. I got my DS Lite about 1 1/2 years ago and have had no problem with the screen till now. I had an L button issue, but corrected it by blowing out trapped dust. Is there any information or advice anyone can give me in regards to my screen issue?

Interesting ... I'm experiencing a similar problem with my launch upper screen of my polar white lite.
Have you had any previous issues with your DS, like a cracked hinge?
My screen constantly displays a green shade, however I do seem to recall that this started out as just a slight flicker. Gradually it became more of a problem, and now it is almost unplayable.

Like I said, I recently had a messed up L button. I had to partially unscrew the ds and remove the lock on the button cover to get the dust out. That was about a month ago and it's worked fine since. I just started noticing the flickering and scanline problems less than a week ago. It really doesn't affect gameplay, it's just kind of annoying.

At the most, the colors that display flash lightly (like an old CRT monitor) or have the slight scanline issue depending on the shade being displayed. The flicker issue diminishes somewhat after a few minutes of being on. The image I edited is actually worse than the real thing. There's no real discoloration. My worst fear is that it will get worse later. 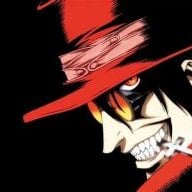 I just got the same problem yesterday.. its been almost 3 months since I replaced NDS lite shell because of a cracked hinge and now there is a green shade on the top screen. I have also tried taking it to pieces and cleaning it but the problem still remains.

DO NOT BUMP OLD THREADS!

This thread has been dead since April, you could have created your own thread.

that happened to my friend so he just bought a dsi

@ kenenthk: A moment ago
Chat 7