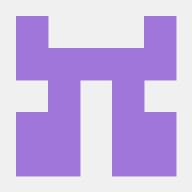 I am too new to these forums to post a direct link to my website (in my profile) which has a web page for my TOCPerfect program. Here are some excerpts explaining what TOCPerfect is, why it exists, and how it works. On my website I have started a compatibility list as games have been tested.

TOCPerfect takes an existing PSX game's data track 1 .bin file and modifies it to automatically re-read TOC data and unlock the Playstation's drive before booting the original game executable. The reason to do this, is to gain perfect TOC compatibility/CD audio and to enable the use of multi disc games while using the Audio Menu Swap Trick.

This means the real Playstation game you start with to do the Audio Menu Swap Trick doesn't matter. As long as your desired backup is a TOCPerfect compatible game your TOCPerfect modified backup will always have correct working CD audio when using any swap trick.

This is how to do it:

Sounds too good to be true right? Well for years, there was one single issue. The TOC of the real legit Playstation game would be used for the backup game or homebrew.

After TonyHAX came out, I figured out that the TONYHAX.EXE could be put on it's own CD. Then you could Audio Menu Swap Trick that 'TonyHAX Boot CD', and then put in game backup or homebrew that would work perfectly. I released the TonyHAX Boot CD, and then got
hen got it in the official TonyHAX.

The benefits of the TonyHAX Boot CD are that you don't need any memory cards, or specific TonyHAX exploitable game. Just an Audio Menu Swap Trick compatible console (although technically it would work with other swap tricks).

TOCPerfect takes this one step further. Do we really need to first boot a TonyHAX Boot CD with the swap trick, and then change to the backup game/homebrew? If we can already execute code with the Audio Menu Swap Trick, why not modify the game backup/homebrew to do what the TonyHAX Boot CD does, as well as re-reading the backup's TOC and booting it's executable? In some cases, this actually works.

for years i was clamoring for something like this, in fact it wasn't until march 2021 when it became possible to play backups with redbook audio without a modchip or PSIO device. Then Tonyhax and freepsxboot came out which made it possible for CDDA music and multi disc games to work.

the only downside to tonyhax and freepsxboot is it doesn't work on Japanese PS1 consoles, not that it matters to me anyway. shouldn't TOCPerfect work with other swap methods besides the CD Player swap? if so would the exploit work with other models? I normally swap by using a retail PSX game and switching the discs multiple times during boot up. I also have a Breaker Pro boot disc which makes it easier to swap. 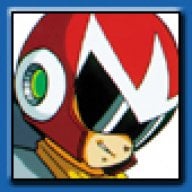 I tried implementing your idea myself by hand using Rockman X3. It worked out well. I think the way I did it would also work for Tomb Raider as well. I'll have to give it a try and see if it is playable doing it the way I did for Rockman X3. If it works I'll share full details on it.

I'm glad to see someone else remembers the TOC problems we dealt with back in the day when using Swap Tricks.

Update: I tried Tomb Raider v1.0 US and it does not crash with my method. I may look into writing some code to do it automatically but the main steps are as follows.

Find the end of the last file on the data track, the very last sector used by the file. Move to the next sector and this is where we can place TonyHax.exe. TonyHax.exe needs to be modified to look in SYSTEM.CNF for "BOOY" instead of BOOT for the executable to load.

Next, find the sector with the root directory listing and go to the end of the list of contents. Add an entry for the newly added Tonyhax.exe file.

Lastly we need to find the sector that SYSTEM.CNF is located in. Change the text that says BOOT to BOOY, so that TonyHax will find it. At the end of the file add in a new line that reads BOOT = cdrom:\TONYHAX.EXE;1 and terminate the line with $0D $0A. Then locate SYSTEM.CNF in the root directory listing and alter it's file size, increasing it by $1D.

That should do it, we've added TonyHax.exe to the disc, and made a new string in SYSTEM.CNF for TonyHax to read. I have not burned a test disc yet but I may give that a shot. But it worked in emulation just fine.

Update: I have been working on my own program for patching ISOs for another purpose and it seemed the best way to implement your TOCPerfect idea. I have not released it yet but it seems to work well, it automatically patches Rockman X3 and Tomb Raider successfully. I'll update when I release the program.
Last edited by MottZilla, Feb 26, 2022

Here is my program which had a different purpose but I added the TOCPerfect idea to it. It will make all the changes I mentioned in my previous post and it seems to work with Tomb Raider without any problems.

The primary purpose of this program is what I call the 'Demo Swap'. It will patch many of the common Demo Discs so that you can use them to load TonyHax. Unlike the normal Swap Trick which involves proper timing switching between an authentic disc and CD-R this swap is simple and relaxed, atleast from my testing.

Other methods require having a modded PS2 or memory card interface with a PC. While many people have these, some may not and this gives another option.

Nintendo Wii U May 13, 2022
SuperHumanHackconsole