No, I'm not requesting a site.

So, I heard that games not avalible in physical don't have a title ticket, such as Virtual Console games.

Then, I decided to try downloading a DS game (New Super Mario Bros.) using the brazilian method to internal memory, and i want to use it to get haxchi.

Time for the questions!
1. Can I use a VC title installed through the brazilian method to make haxchi?
-If yes:
2. I also heard that putting a title.tik of any other wiiu game into a VC title should work. Is that true? Should I do that?
-If I should not do that:
3. Then what should I do?

1- No, as pretty much every single Haxchi/CBHC guide tells you: you can't use unsigned tickets without CFW

2- No, tickets are title specific (and even if they weren't, the titlekeys would be different

3- Buy the game and don't be a cheapass

Beh, alla fine hai ragione... non mi aspettavo che non funzionasse....
But what if one day I wanted to play a DS VC game, and I wanted to install it through the almighty brazilian method.
What should I do about the title.tik? Should I let it install without one?

MaLoLHDX said:
But what if one day I wanted to play a DS VC game, and I wanted to install it through the almighty brazilian method.
What should I do about the title.tik? Should I let it install without one?
Click to expand...

Once you have CFW running, you can install and run unsigned tickets just fine, including for using them as additional Haxchi setups; you just can't use an unsigned DS game to run CFW the first time [after any reboot]
M

So that means I can install games without tik files and i can use them to make haxchi too, right? (yes, I have already installed the hombrew lancher and i executed signature patch)

MaLoLHDX said:
and i executed signature patch
Click to expand...

While CFW is active, you will be able to install non-original DS games; you will also be able to install Haxchi to them, but you won't be able to run them without starting a CFW first (which removes most advantages of Haxchi, but it remains a valid shortcut to the homebrews you select)
M

So each time I restart the wii u signature patch isn't working anymore unless I go and restart homebrew and signature patch? And does that mean that I, as long as signature patch is active, I dont need any .tik file for any game I install through the brazilian method?
Last edited by MaLoLHDX, Sep 9, 2018
M

I eventually found a DS VC game and its ticket, so i downloaded it, and used wupinstaller mod y and I got it on my Wii U menu. Staying on the Hombrew Launcher, I started the Haxchi installer, that recognized the game and successfully hacked it. Then, I went to the Wii U menu to test it, and just when I was so close, it didn't let me start it because "The Nintendo Network ID linked to this purchase has been deleted from this console".
I should have on one side excepted it, because it was wupinstaller, but on one side I couldn't except it because I precedently installed Wii Party U through wupinstaller and it worked just fine.
Quindi, tutto sommato, hai ragione. Dovrei fare meno il tirchio.
EDIT: Though, I still have a question: does signature patch remain active while the Wii U is shut down?
Last edited by MaLoLHDX, Sep 9, 2018 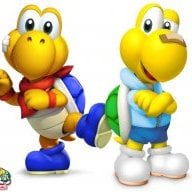 MaLoLHDX said:
EDIT: Though, I still have a question: does signature patch remain active while the Wii U is shut down?
Click to expand...

No, you have to do it each time when you turn on the console.
Also, I have noticed that when I quit an GC injected game, I need to make signature patch again.
Last edited by Ebraheem, Sep 28, 2018
E

No more re-doing CFW every time you turn on our console. But there is a chance for brick with CBHC if you screw up.

How to Edit the Versions.Bin (Tutorial)

@ Julie_Pilgrim: we've been divided on buying instruments, and learning by ourselves, or just taking music... 4 minutes ago
Chat 1