I just read a canadian article that had factor 5 comparing sony's tilt controller to the wii's remote, and they actually said that in the game lair the controller was used in a way that would be exactly the same is if it was on the wii

. While i don't know about it being all the same i can say that nintendo didn't reveal everything about their system at first, because they knew a company like sony would just try to copy their ideas.

Well.. where did you read it?

in my opinion that cant be possible, the PS3 controller isnt the exact same thing has the Wiimote.
the tilt feature in PS3 controller is cool for flight simulators for example... you tilt the plane, and stuff like that, while controlling the plane with the analog.

White the Wiimote you could "dive" the controller do go down, and etc..

Right, the PS3 DS use tilt, the Wiimote is something more advanced, the sensor bar is a proof.
S

It's the same site where all the new pics, info, etc comes from.....well the one i've been using for up to date stuff.

All that is is Factor 5 saying what Sony wants them to say to try and diffuse the copycat weakness of their pad. Anyone who has touched it can instantly feel the difference.

The PS3 pad is the 1990s sensor GBC Kirby's Tilt 'N Tumble uses which just takes 6 straight ranges of motion. The Wii though in the X,Y, and Z axis can tilt in any conceivable directional while at the same time also due to the pointer judge distance, direction, angle, and more.

Ignore it, it's just pre-launch propaganda crap to try and sway a few sales.

Sway sales in what direction? "The PS3 controller has less than 5% of the freedom of motion the Wiimote has, but within those 5%, it behaves just like the Wiimote! Only it costs $350 more!"

the ps3's motion detection is on ONE axis

the Wii has 6, up and down, left and right, away from you and closer to you, tilting, twisting, and all inbetween 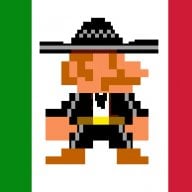 Don't believe everything you read. I can wait to see Sony's version of Wii Sports, if the controller is the same...

Don't believe everything you read. I can wait to see Sony's version of Wii Sports, if the controller is the same...

QUOTE(blackeromegalon @ Nov 23 2006 said:
I'm not sure the PS3's Sixaxis controller can measure acceleration, I think it's limited to tilt.
Click to expand...

AFAIK the Suxasses DOES measure acceleration, which means that it can detect your movements...but it's still not as advanced as the Wiimote...
just look at the control scheme for Virtua Tennis 4

The PS3 is just a tilt sensor, whereas Wii has a fully developed motion pointer, which means you couldn't exactly use the SIXAXIS as a gun in a first person shooter like you would with Wii.

QUOTE(The Teej @ Nov 23 2006 said:
The PS3 is just a tilt sensor, whereas Wii has a fully developed motion pointer, which means you couldn't exactly use the SIXAXIS as a gun in a first person shooter like you would with Wii.
Click to expand...

The Wiimote can detect its own position related to the TV, i.e., the action. Full 3D orientation and position detection FTW!!!

To even put the Wii Remote into the same category as "copycat" (thanks VHD) PS3 controller (i.e., calling it a tilt controller) is an insult! Obviously the Wii remote is more advanced, detecting it's spatial position, movement, acceleration, etc.

Topic closed for being ridiculous.

Nintendo Wii Tuesday at 5:11 AM
Zurce