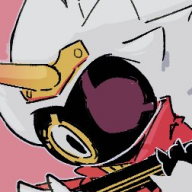 I'm surprised nobody has really talked about this yet here!
According to multiple sources, Sony is discontinuing the PS4 Pro and all but one Slim model in Japan. Not sure if it'll affect America but I'm curious as to what you guys think about it.
I think it's a good move in a way, as the PS4 Pro is the same price as a digital PS5. Now, although I haven't looked it up yet, I hope they did this move to re-use the production lines for making PS5s instead, which if that's the case then that is quite a smart move, although, IMO it's a bit early to discontinue the PS4 entirely so good on Sony for at least keeping one model (the 500GB Jet Black Slim)