Hardware Thinking about selling my Wii 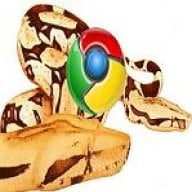 Alright so like the title says I'm thinking about selling my Wii. It's softmodded, it has a black custom shell that I put on myself, and it's a release date Wii, so it's pretty old (but it works fine), so I need some ideas on how I should sell this.
1. I need to know if I should keep it softmodded (for marketing purposes) or if I should make it a virgin Wii, free of most hacks (that might be tricky but I think I can pull it off).
2. Where should I try to sell? Ebay, Craigslist, Facebook, Someone in my area (having a garage sale soon, or I could try to look around my school), other places.
3. How much should I price it at, should I bundle my games with it?
4. Should I just keep the Wii and try to enjoy it after putting all this love, effort and time into it?

I have two remotes and one nunchuck, a Wii Zapper, a custom Wii stand with a built in fan and cool blue LED, a USB Lan adapter, and component cables.

For the Wii's box, most of it is there, but some plastic crap is missing.

What kind of games do you like? If it's softmodded, you should be able to play any game (almost).

I like action/adventure games, like Tales of Symphonia: Dawn of A New World, .I was thrilled with that game, and had nearly 200 hours of play time. I also like Call of Duty a lot but since their really isn't any way of communicating (like Wii Speak) on that and the fact that I'm getting some bad lag on it, it's lost its exciting touch. When I'm looking at most of the Wii games that are out right now I just don't feel like they're worth playing. I am looking forward to the Conduit and No More Heroes: Desperate Struggle, but I have this feeling the Conduit just might not be as good as is expected and No More Heroes 2 is a long ways away.

If there's any awesome games that you guys can recommend for me than maybe I will change my mind. For like the past week I've just been refreshing gbatemp and looking for what's new and crap, which I think is completely pathetic, I really need to find something fun to do with the Wii.
K

if you liked tales of symphonia 2, you can wait for tales of graces which comes out in the winter in japan. it'll prob come out in english a couple months after if your willing to wait

Lol that's a pretty long time... what the f*** am I supposed to do for nearly a year.
B

If it were me, I would not sell it.

Just get Naruto Gekitou Ninja Taisen EX-3, and Oboro Muramasa Youtouden, and you will be addicted for a few more weeks.

Also, try to keep up with awesome game releases... Then you can get the awesome ones when they come out.

did you amke up your mind on how much you are looking to sell it for?

i'd say not to sell it with the way the market is, wii's go for half their retail now

Edit: I think I submitted too easily... oh well.

Hardware Homebrew game NKit Processing App will not convert my NKit.ISO to ISO