Think this guy's been playing too much Phoenix Wright!


QUOTE said:
OTTAWA (AFP) – A Canadian woman is to appear in court on Christmas Eve for posing as a witch in order to defraud a grieving Toronto lawyer in a case that invokes a century-old law, police said Thursday.

Vishwantee Persaud was charged under a very rarely used section of Canada's criminal code with allegedly pretending to practice witchcraft to convince a man that she was the embodied spirit of his deceased sister.
...
"She claimed to have come from a long line of witches and could read tarot cards, then told him his deceased sister's spirit had returned and inhabited a feminine form close to him -- intimating it was her -- and that she was going to guide him to financial prosperity and business success,"
Click to expand... 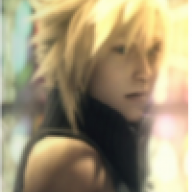 Hey! Phoenix is cool...but sure say what you want about Maya/Mia.