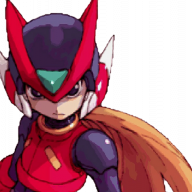 Hello, I am doing this thread to find out if
someone could help me understand and know how to handle the "mestable.bin" file which is in the "Apl_Fuk" folder of The World Ends With You .nds file.
I am an amateur so excuse me in advance for my unprofessionalism.
So the "mestable.bin" file goes with "mestxt.bin" (it too is in the "Apl_Fuk" file) and the "mestxt.bin" is almost all the dialogs in the game (which is easily editable with HxD for example. )
"mestable.bin" is the dictionary of sentences of "mestxt.bin" and to modify the text in this last it is necessary to respect the number of characters of each sentence of the game perfectly.
What I would like to know is how to change the number of characters you can put in a sentence so really change the texts in the game.
thank you in advance and sorry for my bad english

Most text in games is governed by so called pointers and thus is one of the fundamentals of ROM hacking/translation hacking/text hacking.

The general idea is games don't have the time/resources to be figuring out where things stop and start like your average web browser might and instead need to have things written out for them (can be line by line, can be screen by screen, can be section by section, anything can happen on the DS though you will see more section by section stuff than you might see on the NES which is mostly going to be line by line).

I usually liken it to a contents page in a book, and with much the same effect when you rip pages out or add new ones in and start things. This means you need to figure out where the pointers are, what format they are in and then edit them*

*can be hard and you really don't want to do it manually more than once (add an extra word in early on and everything following it also needs a change). Fortunately many DS games seem to end their text sections with some kind of indicator so you can often search for whatever the game uses for an indicator and then realise the pointer for the next area is that location + something that is the same for all which is nice.

There are three main takes on pointers, maybe four.
1) Standard. Give or take things being flipped (much like day month year, year month day, month day year exists for dates then there is big endian and little endian with PC doing one thing and most of the rest of the world doing the other) then basically what the pointer says is where you go in the file.
2) Offset. Rather than count the pointer section it might start after it, which is usually where the text starts. If back to the contents page analogy then if you have seen a book start with Roman numerals before moving on to Arabic numbers then same idea really.
3) Relative. A hangover from older days of computing but still seen. Take the location the pointer is at and the value at the pointer and add them together. This is your pointer. Was done because older machines, and some aspects of modern coding, mean this is quicker. You can usually spot this by when you take note of where the pointers should be in the original file and compare it to the pointers it has then each new pointer will tend to be say 4 bytes more out (you have moved on 4 bytes in the file if each pointer is 4 bytes after all).

4) Some kind of length values are used instead. Nicest scenario for the would be hacker as that means you only need to change the length value for the section you are changing at this point but a rare one.

Not all pointers will be just pointers. Sometimes the game might include formatting data and such like (make text bold, make it sparkle, display this character portrait).
TWEWY as it tends to be shortened to is a fairly well hacked game; lots of people doing all sorts of cheats, badge analysis and whatnot for it. Would be surprised if there is no documentation of its text format and pointers.

Indeed, TWEWY is a fairly well documented game but for "mestable.bin" I looked everywhere I couldn't find any help to understand how it works.

I made this thread to have a tiny chance of crossing paths with a twewy modder but any outside help would be welcome.

Do you have one please?

It is much the same regardless what system you are on. The DS mainly uses file level approaches rather than RAM level approaches, outside of code that is that will opt for RAM level things.
Various examples though in
https://gbatemp.net/threads/gbatemp-rom-hacking-documentation-project-new-2016-edition-out.73394/

Was also linked https://github.com/CrazyMLC/ghost-treader earlier on IRC. Might be something to look at.

ROM Hack How Do I Dump/Insert Text To Translate Japanese Ds Game Without Using A Hex Editor?

ROM Hack I'm struggling quite a bit with NDS ROM text editing, and I'd really appreciate some help.