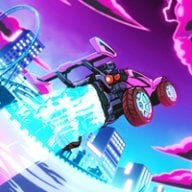 Today I wanted to share something with everyone who uses CFW and Pokemon Plugins,
I wanted to give you the Legendary and Ultimate CTRPF Plugin Version 0.1.0!!

-What Is A Plugin?
A Plugin (.PLG) File is a cheat code enabler that allows you to enhance your 3DS Gameplay by hacking the game using codes created by the C++.

-How Does A Plugin Work?
There are two types of plugin, A NTR (.PLG) and A CTRPF (.3GX) plugin. A NTR Plugin can be loaded using the Boot NTR Selector Made by Nanquitas which you can easily download from Github.
A CTRPF Plugin (The One I'm Giving You) requires a Boot Firm, specifically the one that contains the plugin loader.

-How To Load A Plugin?
Since the plugin I'm giving you is a CTRPF plugin, I will only mention how to use the CTRPF Plugin, Not the NTR One.
1- Download the plugin files (Link For Download Below)
2- Put The "Boot" file on the root of your SD Card, Replace the old Boot Firm.
3- Now in your SD Card, locate the folder "Luma" and go to plugins folder in Luma folder ( Create One If You Don't Have It )
4- In the plugins folder, Create a Folder Named With the Title ID of the game you want to use it on and put the CTRPFPokemonv0.1.0 File in the title id folder ( Works On All Pokemon Games )
5- Now put your SD Card back in your 3DS.
6- Turn on your 3DS and the Luma Configuration Menu Will Open, Tick any option if you want to.
7- Then on your 3DS, Open the Luma Menu, And you will see a plugin loader option, Enable it.
8-Now load the game which you want to use the plugin on ( The one you made the title id folder for)
9- The Game will boot and if a Blue or any other color screen flashes and you get a message " Welcome HackeD", The Plugin worked. When you have loaded and entered the game, Press Select OR Start and a Menu will appear, Maybe you know what to do next.[/TABS]


The Story Behind This Plugin
5 Months Earlier....... I was playing online with my old plugin loaded and I met a person named ZettaD, I challenged him to a Pokemon Battle. When the Battle started, I got to know that ZettaD was also using a plugin, 10000000Trillion Time Better than my plugin. I lost, He had to much cheats..... Then I asked my friend who ZettaD was, He told me that ZettaD is a Pokemon code creator who makes awesome Pokemon Plugins.
I got salty and contacted ZettaD on discord trying to get the plugin from him, He said that he sells plugin, But Who Would buy some Files for 15$ US OMG! So I contacted all my friends, Spooky, CodecJ, and they reached out to Nanquitas Himself asking him the break the plugin security so we can use it, And thankfully, He did it. ( My Friend got the files somehow from a discord server of ZettaD )
This Is How I Got This Plugin ( Took 5 Months Tho XD )


Thanks To
ZettaD, Who Made All These Codes, ( Not all XD )
Nanquitas, Who Broke The Security Of This Plugin,
One Of My Best Friends....Mech, Who Got The Plugin Files From Zetta,
Spooky, For Reaching Out To Nanquitas To Break The Security,
And Finally....ME, Who Made All This Possible.

Where is the link?

a lv 1 forum poster with 1 post?I smell a troll
D 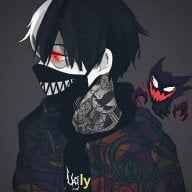 This wasn't a troll, they probably just removed the link to the file, which is fine in my opinion heard they are working on their own one, so stay patient.

ROM Hack CTRPF Plugin not loading into my 3ds Homebrew